When it comes to reading men, it really doesn’t have to be as hard as women make it out to be.

That is if he is playing games I guess…but who wants someone like that? As a woman, I can honestly say I have a much easier time reading men than I do women, and I find men are a bit easier to understand.

For me, there are 12 signs that tell me if a guy is into me or not. They Are fairly simple to detect and pretty straightforward. If you are having a hard time determining if he’s into you or not, take a look at the list!

Obviously he enjoys spending time with you if he finds ways to see you. He might invite you to functions, events or even just want to stop by. He tries to spend time with you because he wants to and he would like to get to know you more. This is a sure sign he’s into you. 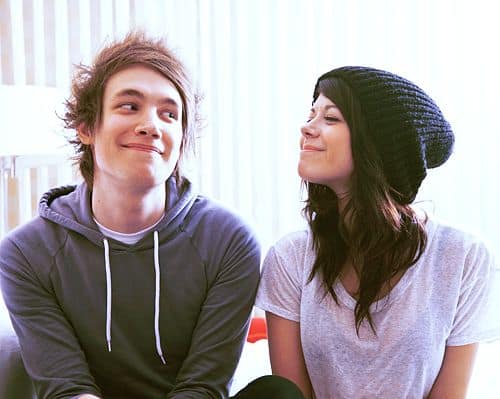 If he texts you ten times before you reply, he’s not persistent, he’s creepy. By persistent I mean he calls you every night or tries to see you a certain amount of times a week. He doesn’t make an effort for a short period of time and then move on to the next. He continues to make an effort to pursue you because you are special to him.

3. He shows interest in what’s going on in your life. 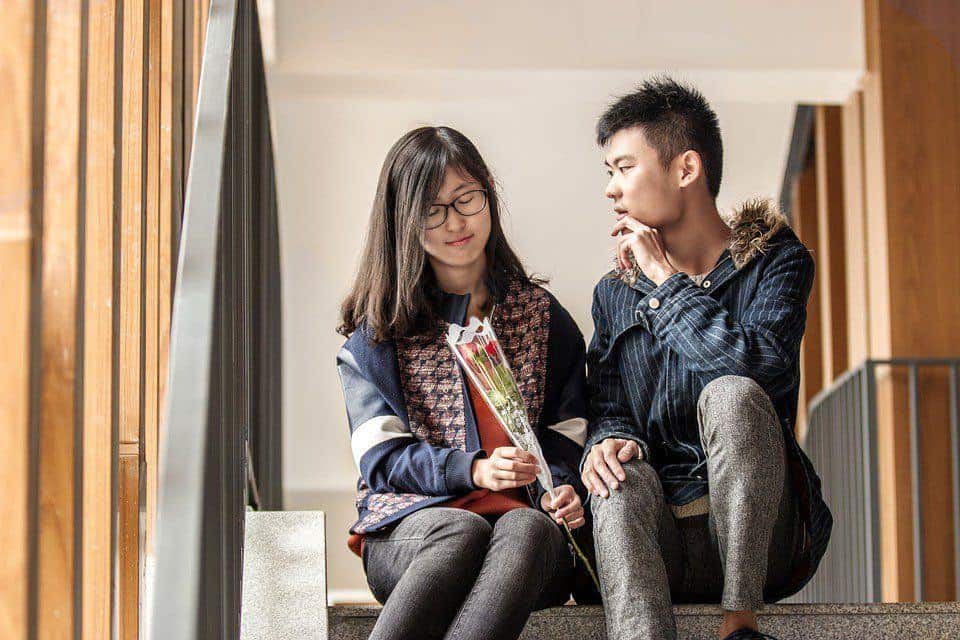 He likes you and would like to get to know what’s important to you. He wants to know your passions, your plans, your aspirations and how your day is going. If he’s asking questions and taking up interest in what’s going on with you, it shows he really cares. If he didn’t he wouldn’t try to know more about you.

4. He communicates well with you.

You two have easy and enjoyable conversation and he doesn’t seem bored with it but eager for more. You don’t find him hanging up when he has to get up early or needs to send an email because he would rather talk to you while he’s doing those things. If he can’t hold a conversation with you then he’s probably not that interested, and your interest won’t last long either.

5. He makes future plans with you.

If you find a guy not wanting to commit to making plans for next week then he either thinks it won’t last that long or doesn’t want to make it public. Of course, he may already have plans, but if this happens often I would say he just doesn’t want to commit. If he invites you to do things that are a few weeks out then he sees the relationship going somewhere and lasting in the future. 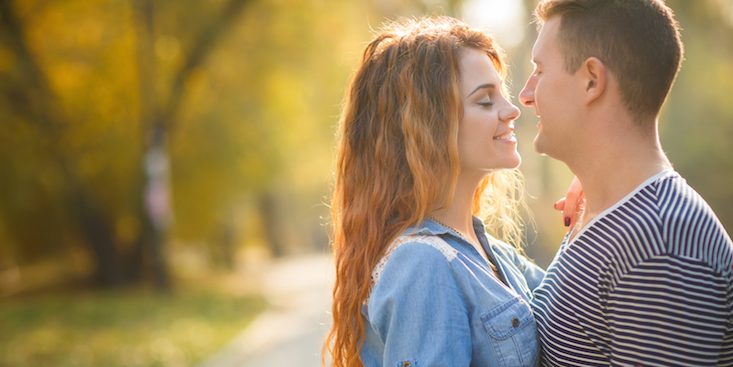 Guys who aren’t interested won’t look at you very often. They seem bored, look towards the door, at their phone and any other distraction they can find. If you catch him looking at you often then he’s taken with you. You capture his attention, and he doesn’t mind letting you know.

I don’t mean he starts fights or picks at you, I just mean he isn’t afraid to push back. When people don’t respond or get riled when you say or do something wrong, it’s usually because they don’t care. If they call you out without being afraid of arguing to solve the problem, they really care and want to make the effort to make things as good as they can be.

8. He shares his passion with you.

People share their passions with others because they want someone else to experience what they are experiencing. They want to show people what they can do, what they love and how it makes them feel. It’s part of exposing yourself to someone and that can be pretty intimidating, especially for men.

Talking to you makes his day better, and when his day isn’t going very well, all he has to do is see you. Being around you makes him happy no matter how he felt before he saw you. If he’s constantly complaining when he’s with you then he probably wants to be somewhere else.

If he pays attention enough to know your favorite snacks, flowers or places to go and then attempts to surprise you with those things, that means he is really into you. He not only takes the initiative to learn what you enjoy, but he also makes the effort to give it to you. This shows he’s trying to make you happy and that means he cares.

11. He tries when it isn’t convenient.

If he drives a long way to see you or stays up late to listen to you vent when he needs to get up early he’s really making an effort. He tries even when it isn’t easy, and that proves you mean a lot to him. People don’t do things that are inconvenient unless they get something out of it. In this case, he gets you and that’s more than worth it to him.

Yes, this does actually happen. I know men get a bad rap for not telling women how they feel, but I think many of them can surprise us. Maybe he isn’t vocal about his feelings, but if he does tell you it’s because he means it. Go ahead and believe him.

If you find yourself crossing numbers off this list, I would say he’s pretty into you. Hopefully, you are showing him you’re into him too!

Advertisement There are so many perks to being single. For one, you don’t have to worry about making …
Loren Bebensee
156

How to cope with fear of abandonment in your relationships