There are lots of different ways people react when they have been cheated on. Some just quietly finish the relationship and move, while others flip out. 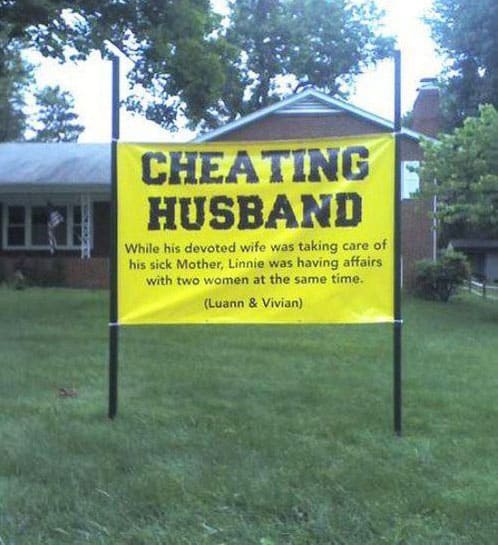 2. After this husband found out his wife was cheating on him, he decided to make a sign and post it round his neighborhood letting everyone else know what she has been up to. 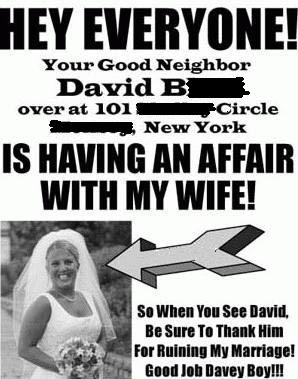 3. This woman was so angry with her husband that she took a can of paint and attacked his pride and joy. Some of the wording leaves a little to be desired. 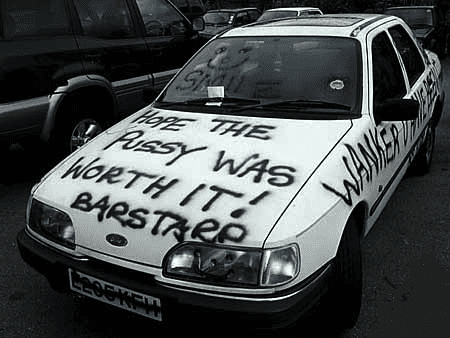 4. This woman caught her partner cheating, kicked him out then proceeded to model all his clothes and sell them on EBay. 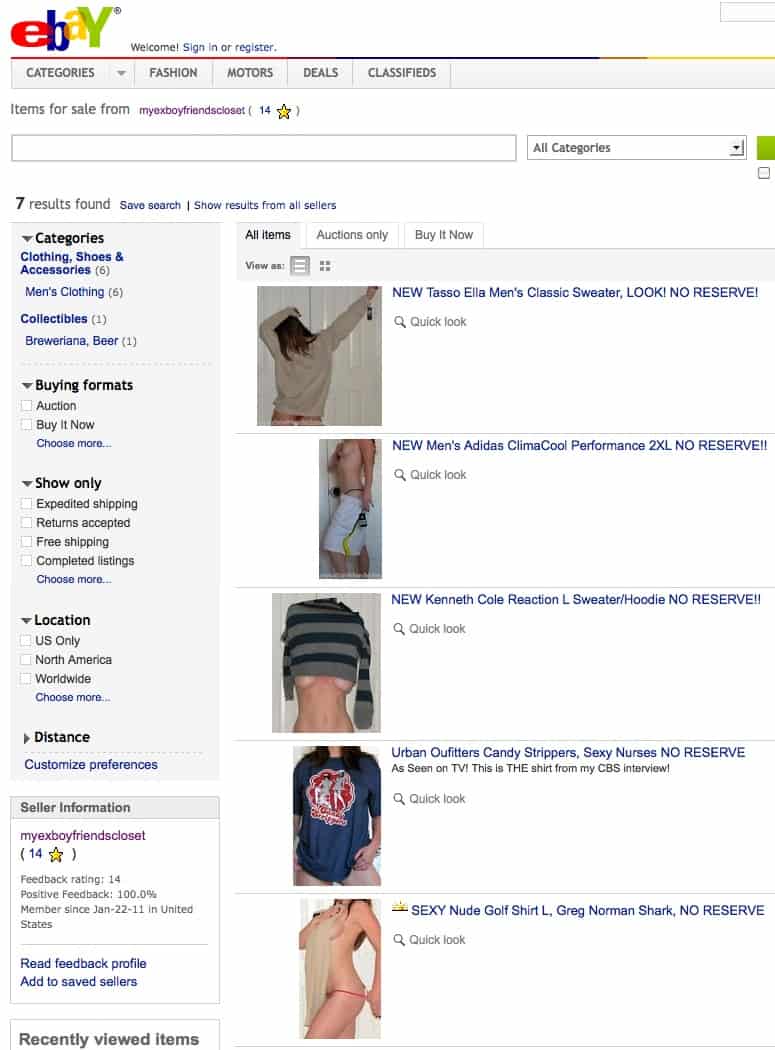 5. This woman had a sign specially made after her cheating husband had the cheek to kick her out of his home after she caught him out. 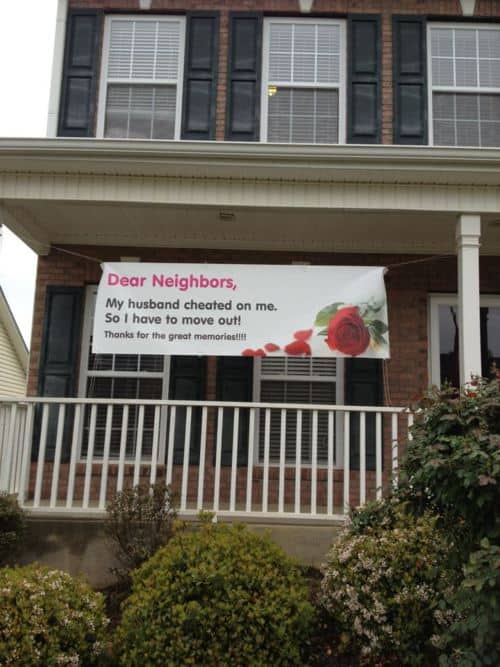 6.  The words painted hon his nice clean garage door say it all here. 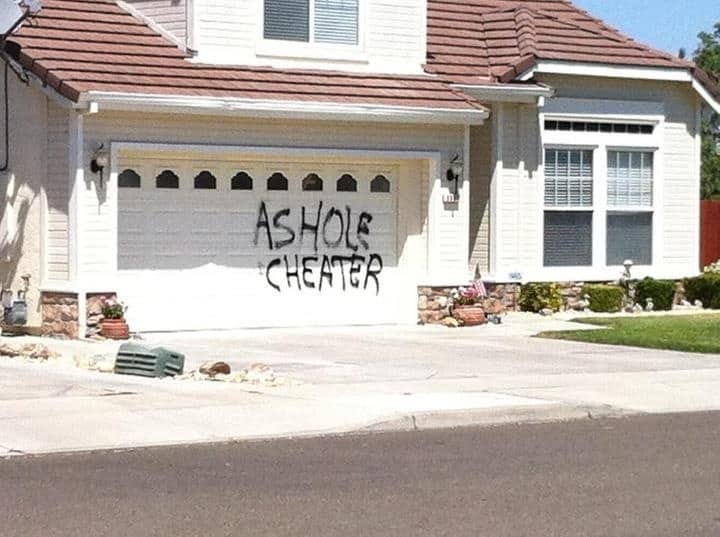 7. This one is incredible. How did he manage to keep his anger to himself until he was given the chance to tattoo this masterpiece on her back? 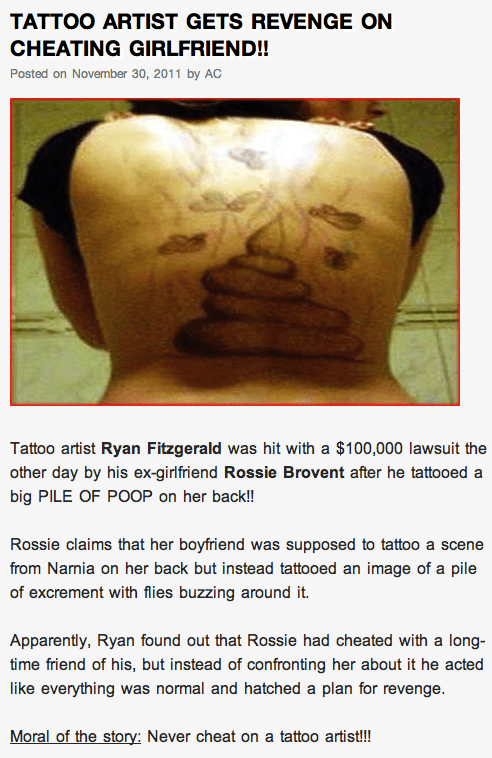 8. This girl found these panties on her floor after taking a trip. When she got back and found these, she photographed them and put them up on her Facebook.

9. This guy sent out this email to all her neighbors after he found out his wife was having an affair with a local resident. He even goes as far as telling everyone the guys phone number and reg of his car for good measure. 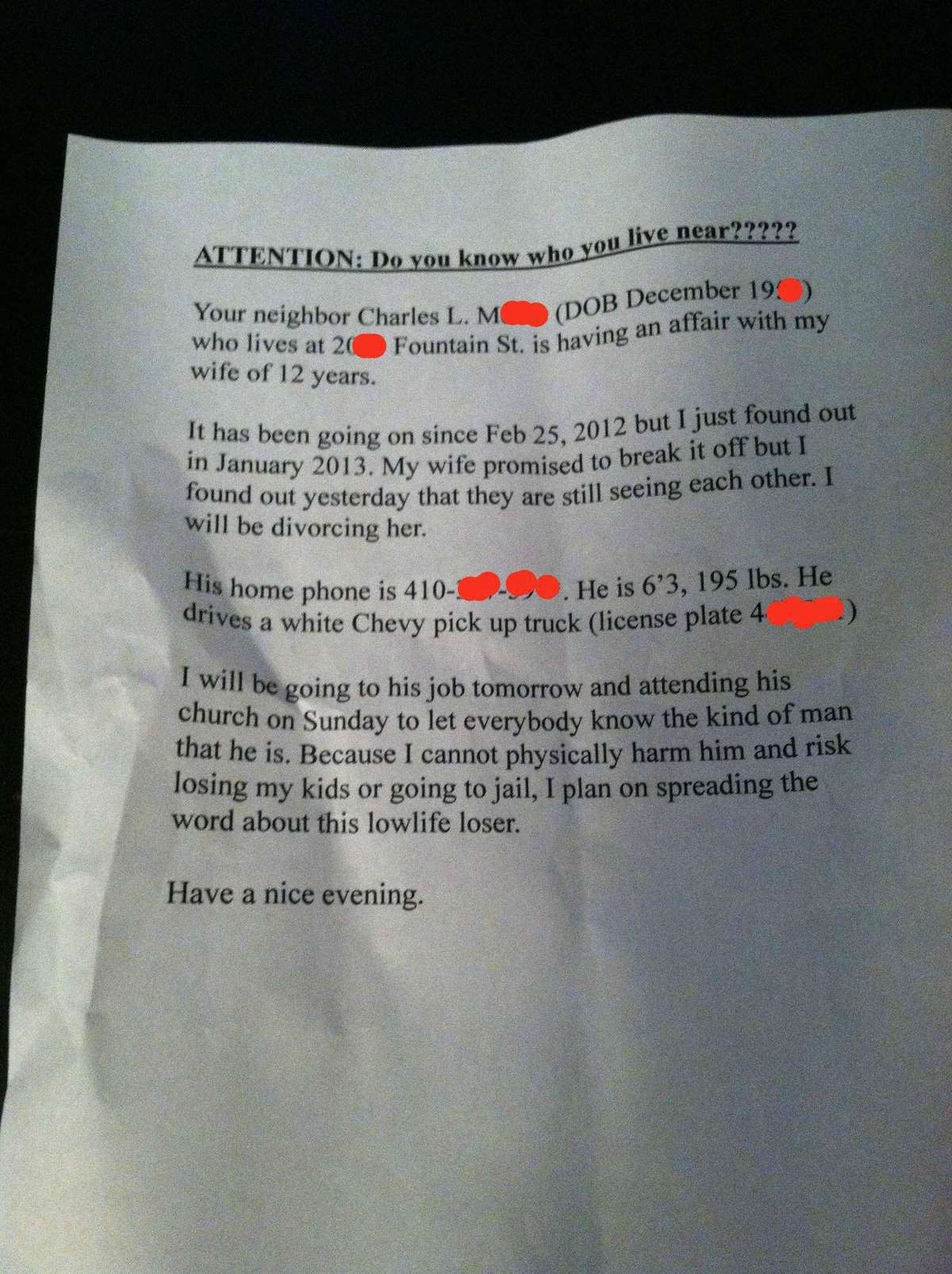 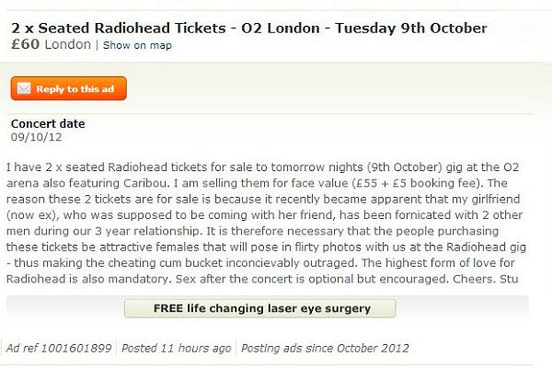 10. This woman made a sign and took it to a ball game. The sign says it all. 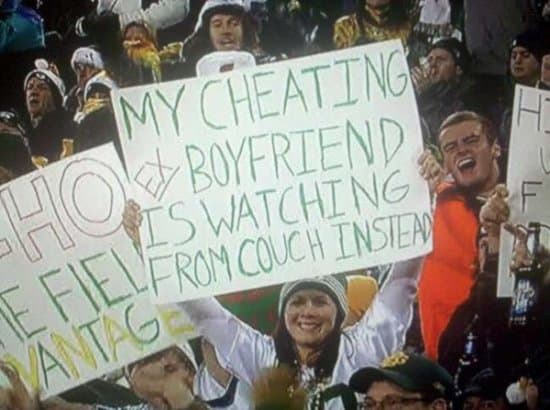 11. This guy found his girlfriend to be cheating and managed to access her face Facebook profile. He posted this updated for all her friends to see. 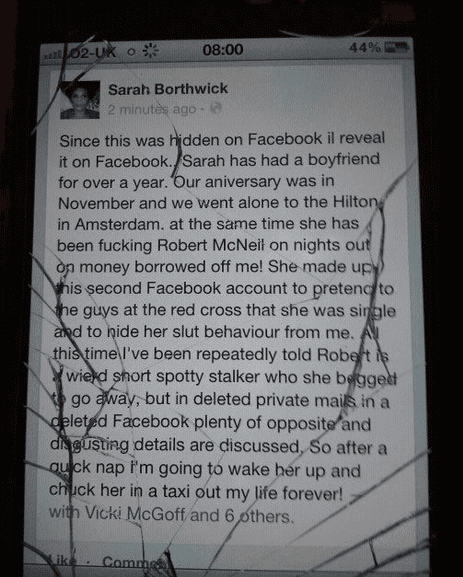 12. This woman had a special sign made when her husband cheated on her and left her. I must say I haven’t seen anything similar in the past. 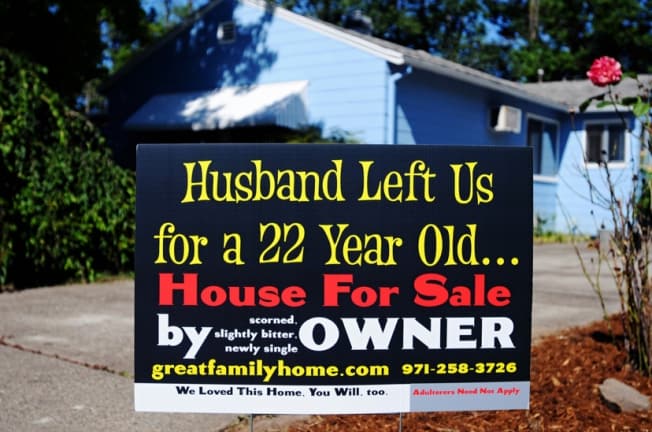 13. If there is one way to get at a guy after he cheats or lets you down, it is with a key on his pride and joy. Especially bad if it is a Porsche. 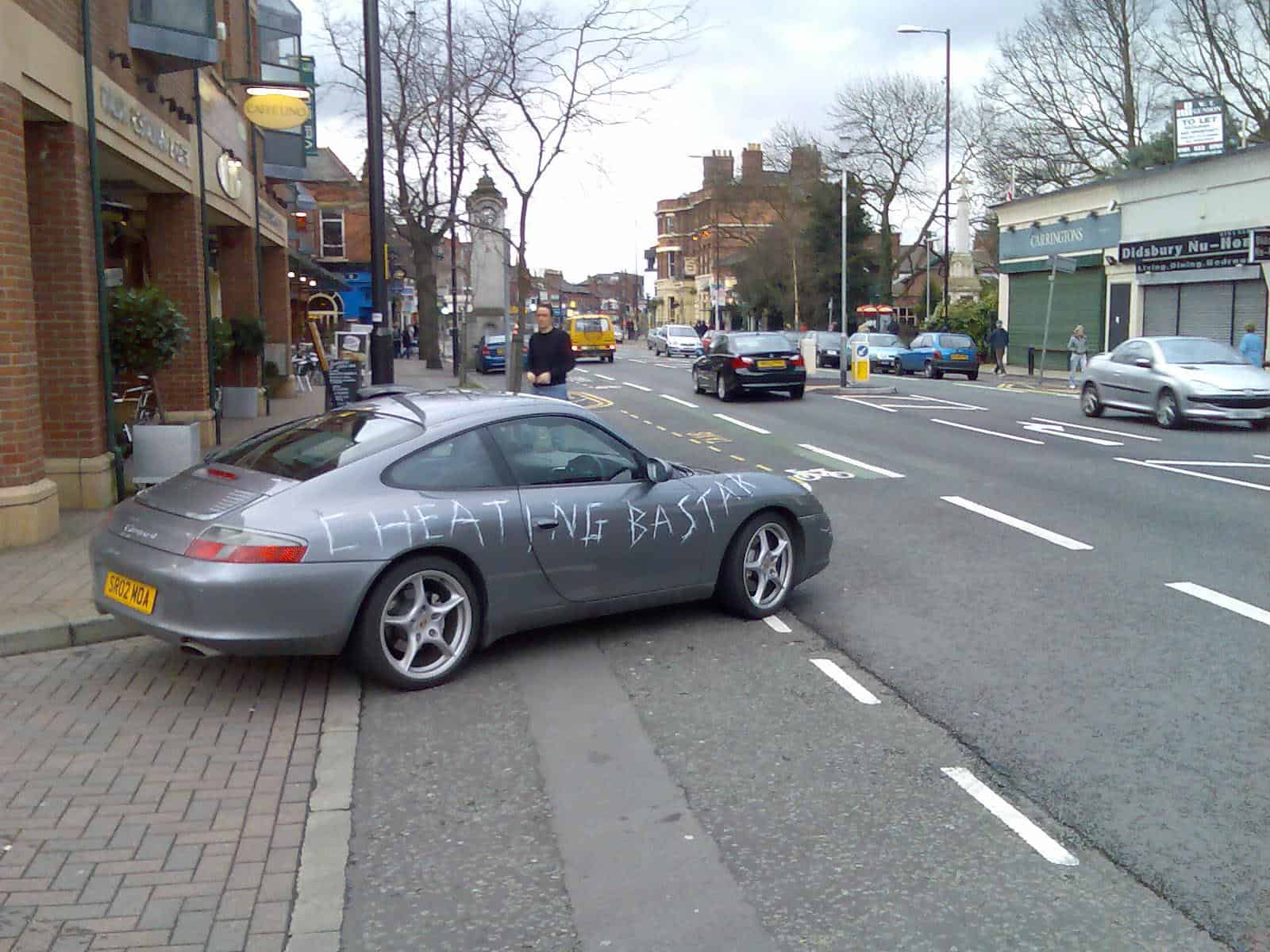 14. Can you imagine his drive to work when he saw this sign. 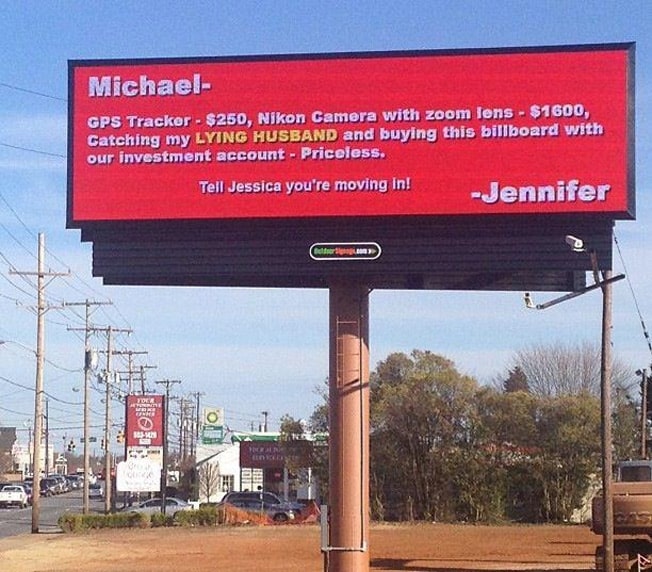 15. Another billboard rented by a bitter wife. 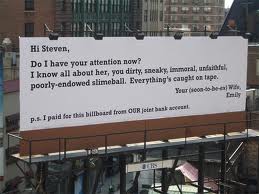 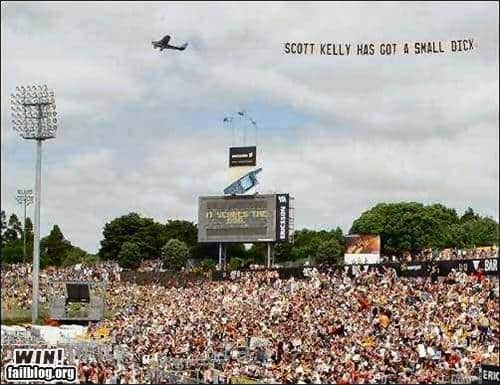 17. This woman has really gone to town on her husbands house, garage and car. 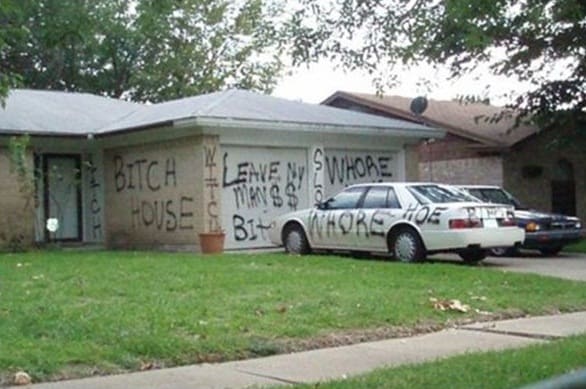 18. Well at least this guy is paying his penance. 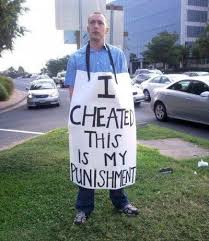 18 This guy pinned this note to the underside of a toilet seat so he knew that the boyfriend would see it when he went for a pee. 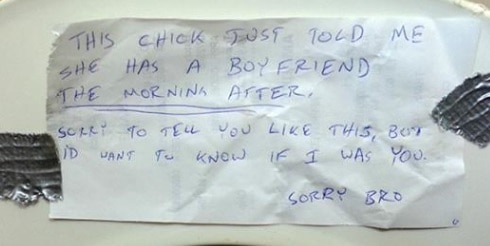 It is Amazing What You Can Do With Pencil Shavings

Stop throwing away your shavings. Get creative instead. As well as covering matters of the heart and relationship …
relsurg
130

Contrary to what many couples think, fighting in a relationship isn’t always a red flag The key lies …
Rhiannon-Skye Boden
164