I know that often in this day and age we can find a lot of things disturbing that people do. It makes it difficult sometimes to not judge the whole world and see humankind as a failure. If you are feeling that way right now I have something here that may make you feel a little more optimistic about our fellow humans. In fact what I have here are 21 pictures that will restore your faith in humanity.

1. This picture of Chicago Christians who showed up at a gay pride parade to apologize for homophobia in the Church. 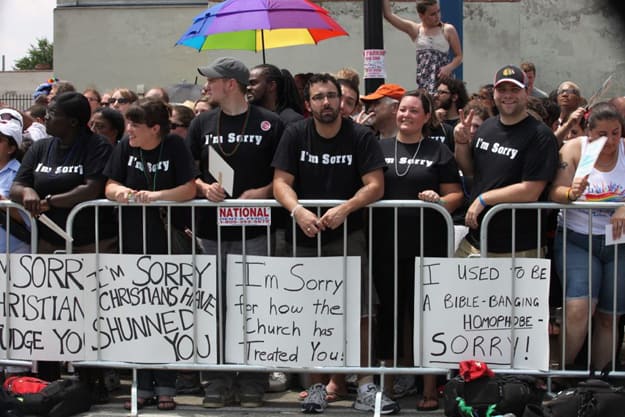 … and the reaction from the parade. 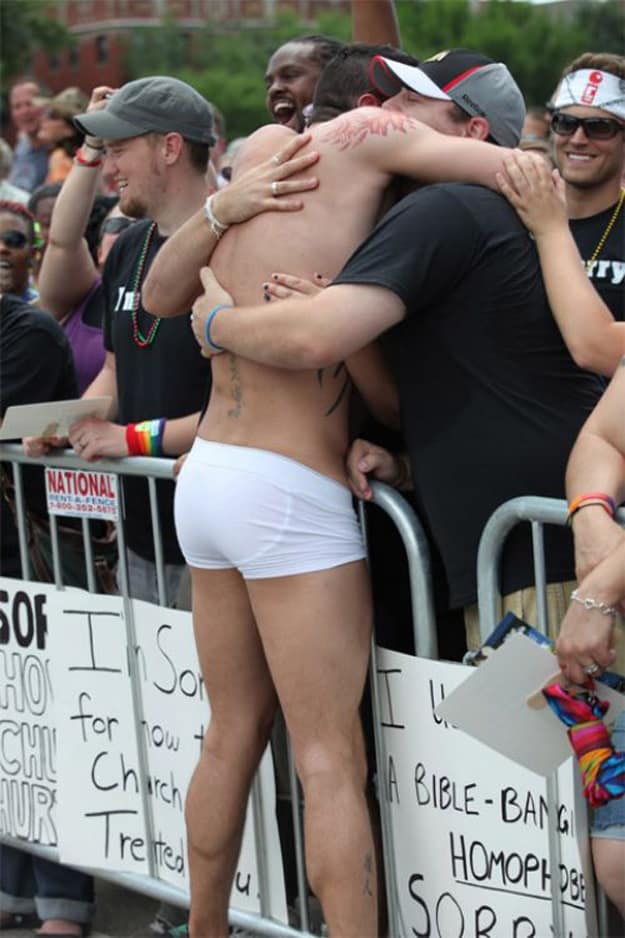 2. This story is about Japanese senior citizens who volunteered to tackle the nuclear crisis at Fukushima power station so that young people wouldn’t have to subject themselves to radiation. 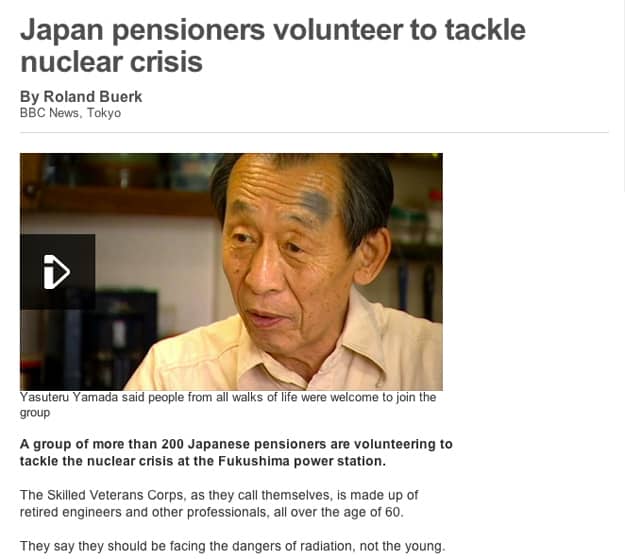 3. This collage of two Norwegian guys rescuing a sheep from the ocean. 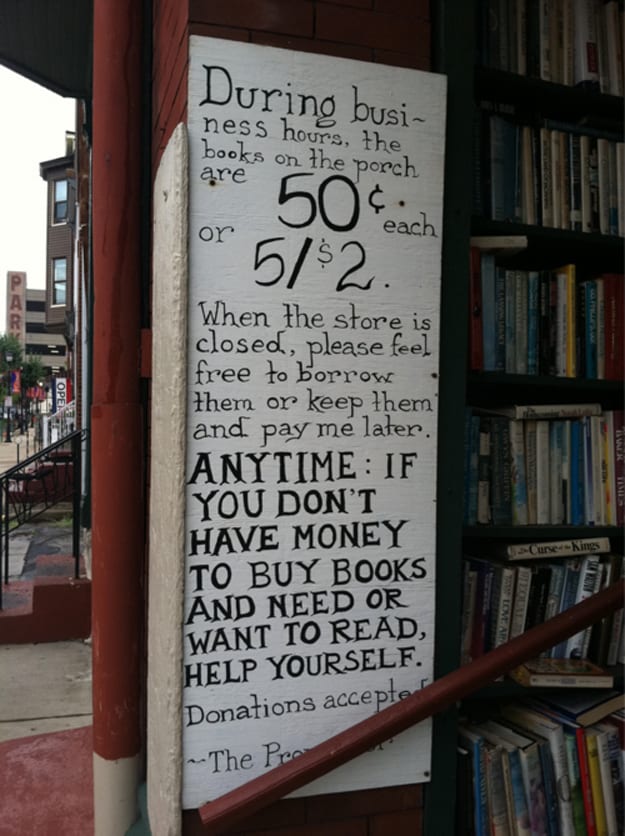 5. This poll about what Snooki should name her child. 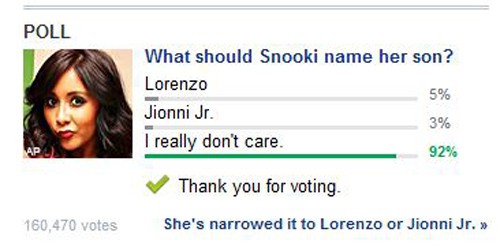 6. The moment in which this Ohio athlete stopped to help an injured competitor across the finish line during a track meet. 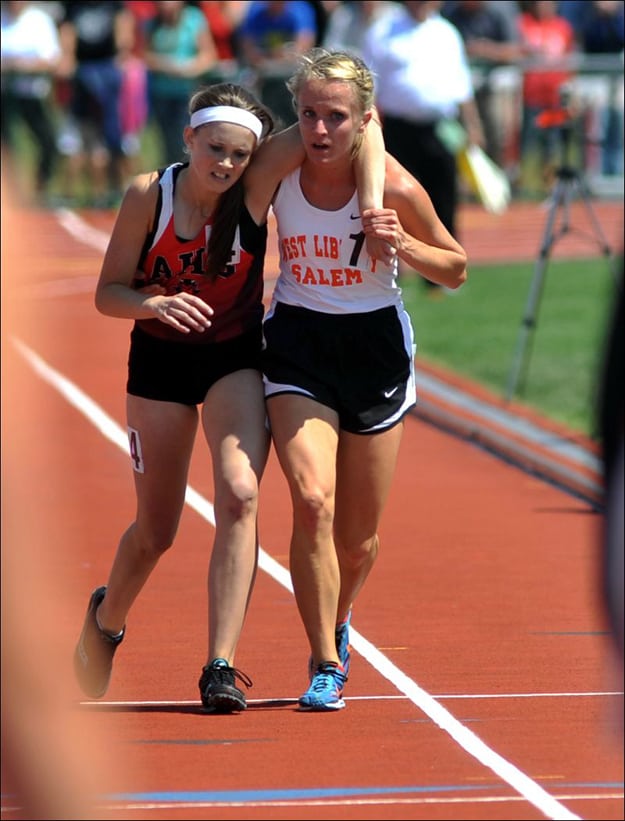 7. This exchange between a 3-year-old girl and a shopping center. 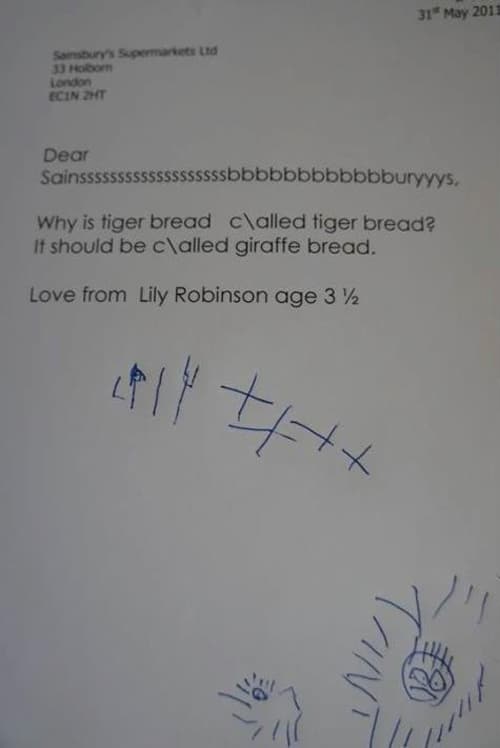 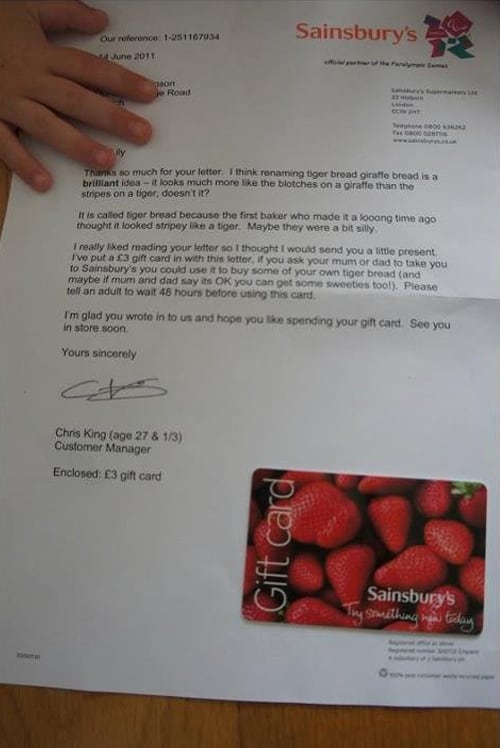 8. This note that was handed to a waiter along with a $20 bill by an elderly lady in his restaurant. 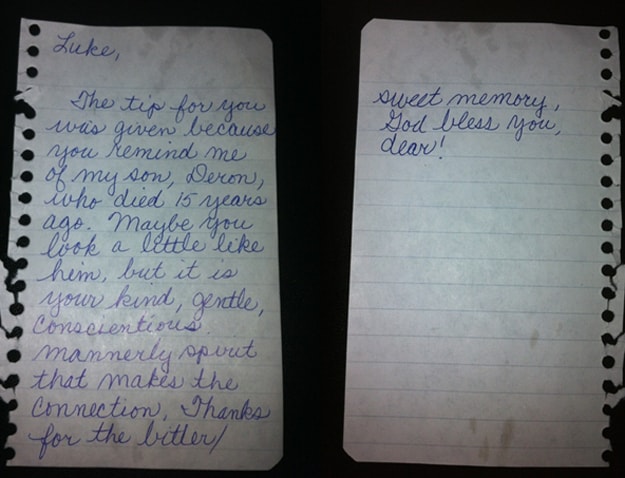 10. These pictures of a villager carrying stranded kittens to dry land during floods in Cuttack City, India. 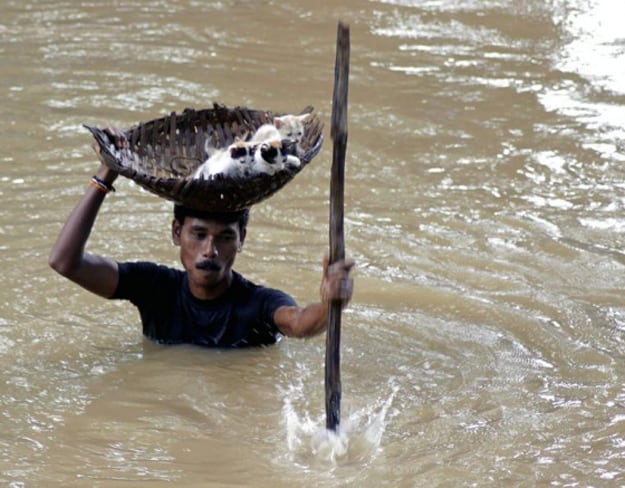 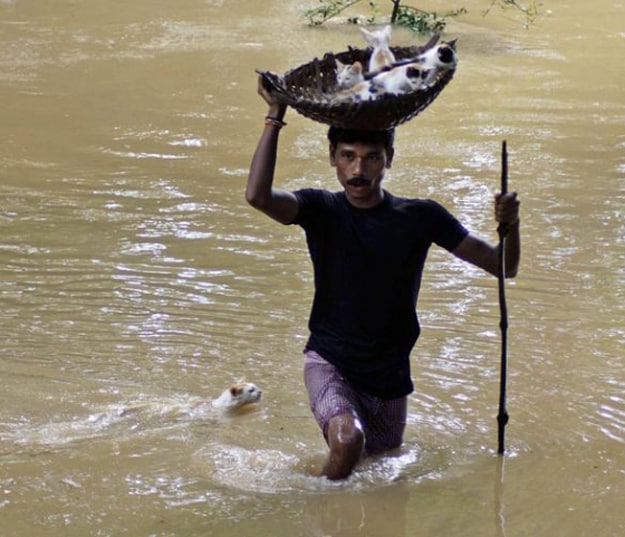 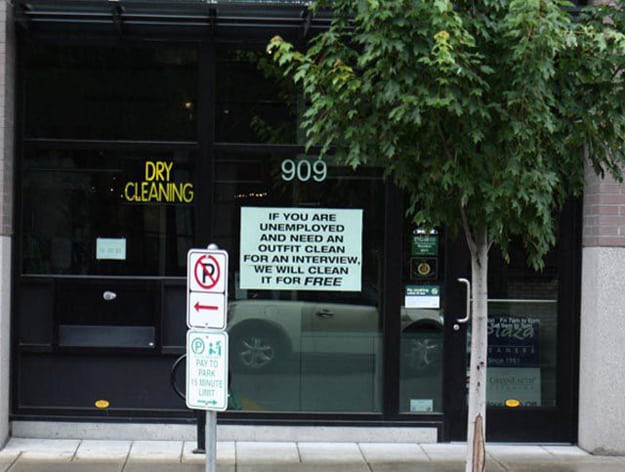 12. This photograph of a man giving his shoes to a homeless girl in Rio de Janeiro. 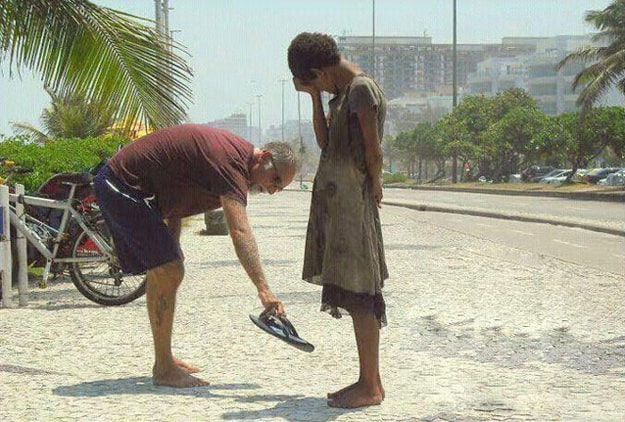 13. This picture of a firefighter administering oxygen to a cat rescued from a house fire. 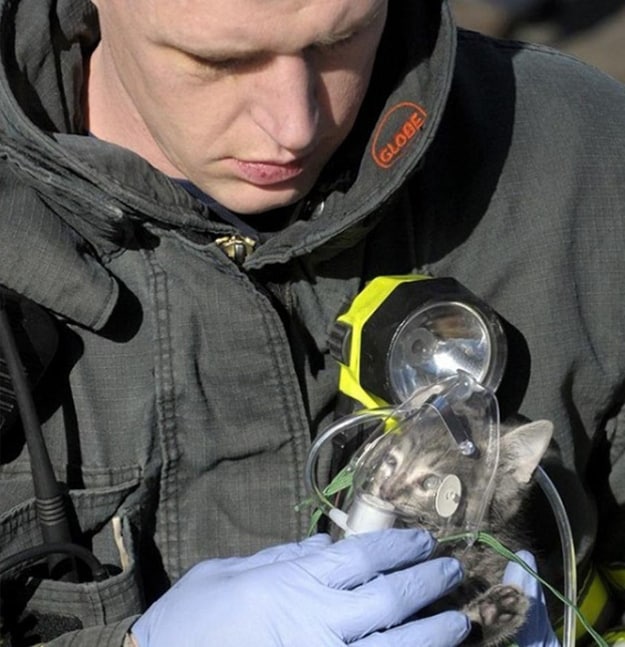 14. This interaction between a Guatemalan girl and a tourist she just met. 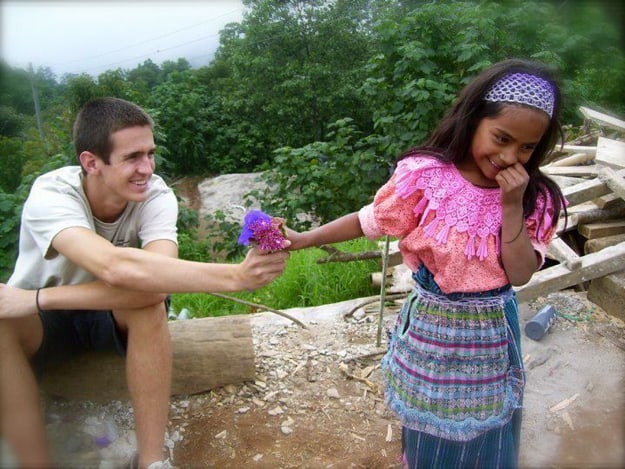 15. This gesture from a neighbor. 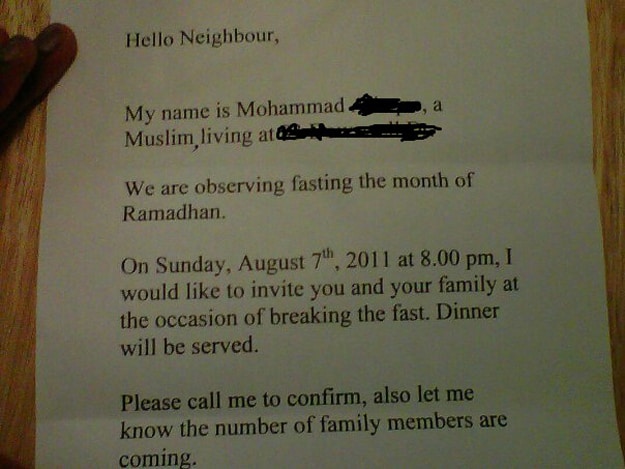 16. These photos of two children collaborating to rescue a dog who had fallen into a ravine. 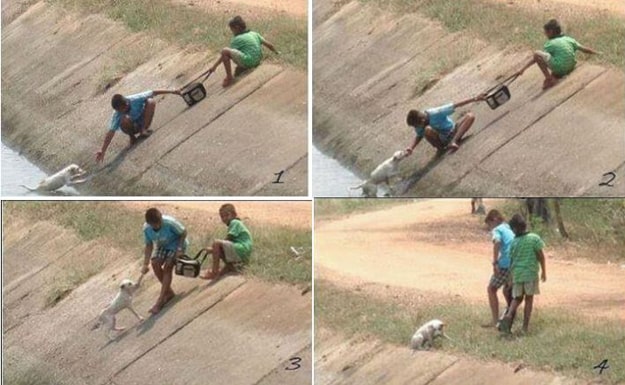 17. This note on a young family’s check. 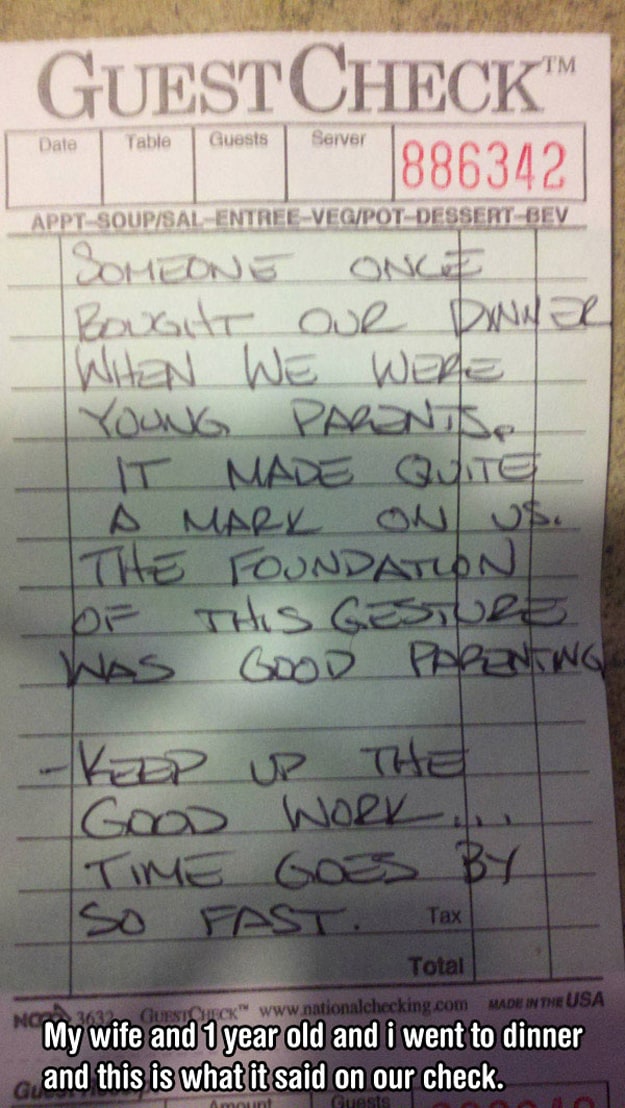 18. This exchange between a protester and a soldier during a protest in Brazil. 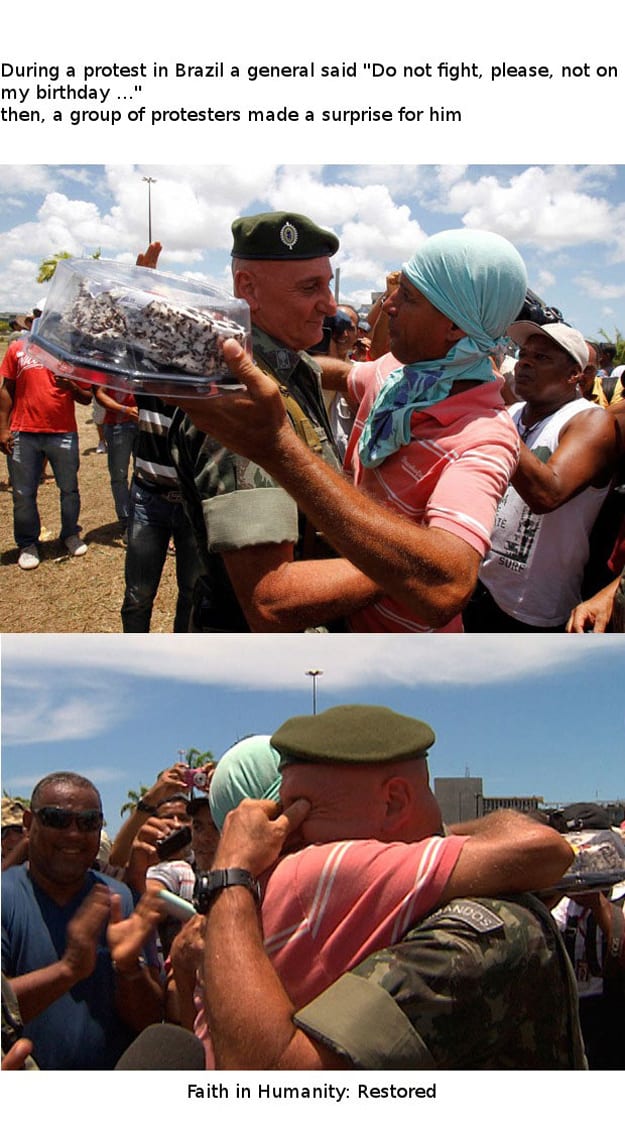 19. These pictures of a man jumping into rough waters to rescue a stranger’s Shih Tzu in Melbourne.

Sue Drummond was walking her beloved Shih Tzu, Bibi, on a pier in Melbourne, when a fierce gust of wind picked him up and hurled him into the rough waters of the bay. A passerby, Raden Soemawinata, who happened to be on the pier that day to scatter his grandmother’s ashes, wasted no time in stripping down and diving into the bay to rescue the animal.

20. And this photograph of two best friends on a swing. 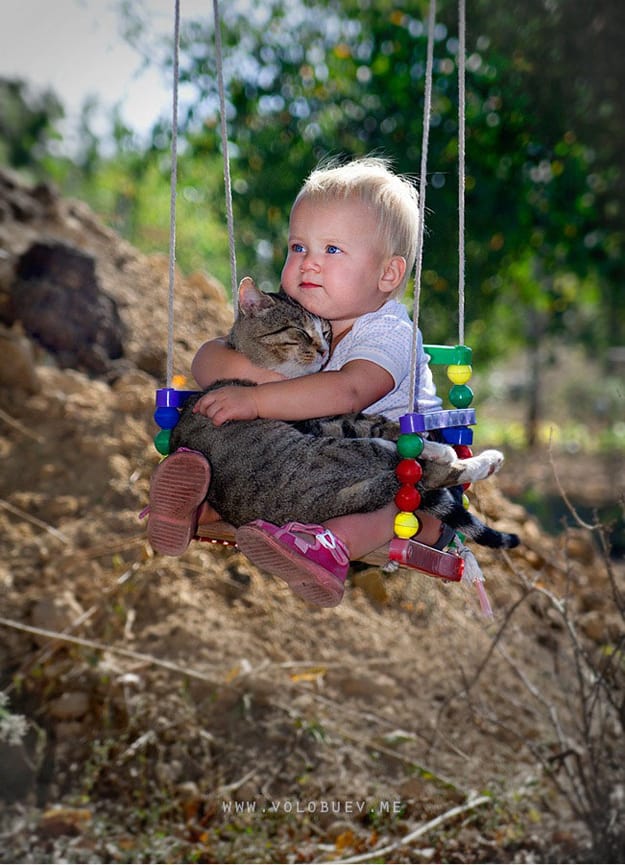 45 Rules Every Man Should Live By

Advertisement Some guys have had little coaching when it comes to learning how to be a man. …
relsurg
3

This Woman Got So Sick of Other Public Toilet Users, She Turned to Reddit to Have it Out

I think it is safe to say, we would all prefer to use the toilet back at our …
relsurg
6