20 Things You Might Not Have Realised About Boogie Nights

One of the most exciting movies of the 1990s, Boogie Nights may be slightly controversial, but there’s no denying the impact it had. Writer-director Paul Thomas Anderson’s breakthrough film wowed critics and audiences, and helped launch much of its cast – most notably leading man Mark Wahlberg – to Hollywood superstardom, all whilst exploring the thorny subject of the adult entertainment industry in the late 70s and early 80s. Below are some things you might not have realised about this classic movie.

20. It’s based on the story of a real adult film star 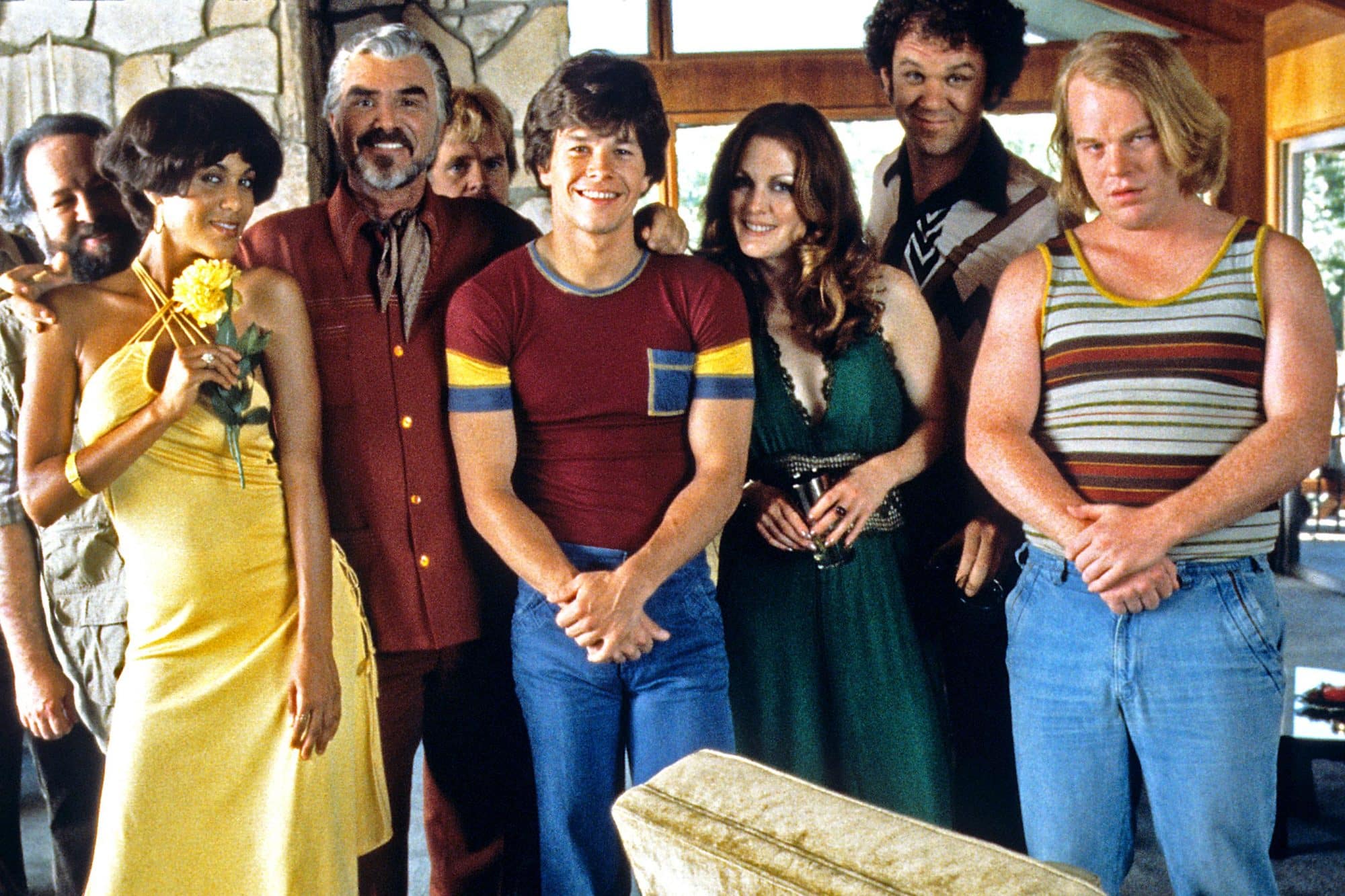 While the characters in Boogie Nights are fictitious, they were broadly modelled on real-life figures from the adult film industry. Mark Wahlberg’s Dirk Diggler is based on John Holmes, the most celebrated male performer in adult films in the 70s. Likewise, Burt Reynolds’ Jack Horner is an embellishment of Bob Chinn, who wrote and directed most of Holmes’ movies.

Holmes was the subject of a 1981 documentary entitled Exhausted: John C. Holmes, The Real Story. This inspired Paul Thomas Anderson to make a short ‘mockumentary’ called The Dirk Diggler Story whilst at film school in the late 80s, and this short film in turn became the basis of Boogie Nights.