By the time you’ve made it to 20, you will probably be in college and you won’t be able to legally drink. When your twenties come to an end you’re a proper grown up, you can legally drink but you won’t drink as much as you used to. You have ten years when you go from living in your parents’ house and still feeling like a child to being an adult with a job, your own place, maybe married, maybe with children. To cope with all the changes you have to go through in your 20s, you have to change.

1. You will start wearing outfits more than once.

Your life will get to busy for you to be posing for photos every time you have a new outfit, therefor the is no evidence circulating the internet that you wore the same outfit twice. No evidence means nothing to worry about. There are also other factors involved in this change; you will be spending your money elsewhere; bills, apartment, car, children. Clothing is no longer a top priority.

2. You won’t be able to afford a hangover.

You’ve got two days to get things done until the work week decides to repeat itself. You will not allow yourself to spend those two days sleeping, running to the bathroom, sleeping, eating, sleeping, back to the bathroom… You may still drink but you will be doing it ‘responsibly’ and that means choosing to drink the same drink through the night, eating before and efter drinking, drinking water before bed and not drinking enough that you can’t  get your chores done the next day. By the end of your twenties you will be able to go out for ‘just one’ and actually only have ONE!

3. You won’t be nostalgic when kids go back to school.

You will be so busy you won’t even notice the back to ‘school’ isle in the supermarket. There are no more school holidays for you, your calendar in no longer one term at a time, it’s one year at a time.

4. You will spend money on doing whatever you want.

Even with all your new priorities, you’re going to have spare cash, you will have a full time career. You can pretty much do what you want before you have a family to pay for. Think holidays, road trips, shopping spree, lunch with your friends, a nice new car. If you want it, you can probably have it in your twenties.

5. Babies will start to look cute.

Even though all babies look the same, you never want one and you don’t even really like to be around them, all of a sudden, one day a baby will catch your eye and you’ll find yourself thinking ‘OMG, it’s quite cute’. From that uncomfortable experiences, plenty more will come, to the point where you’ve picked your own baby names. Of course your baby will still look cuter than everybody else’s though.

To you a wedding dress is a white dress accompanied by a veil. At some point in your twenties you will pay closer attention to styles, patters and materials and it is at this point you will start to plan your dream wedding. You will find yourself looking at diamond rings you can’t afford in shop windows, deciding on which one will be the one for you when you’re ready to get engaged At the start of your twenties you won’t be used to terms like carat, cut, colour and clarity, but by the end of them you’ll know as much as the jewellers themselves.

7. You will find yourself talking about the “music kids are listening to these days” and then you’ll shut up when you realize how old you sound.

This is when you KNOW you’re an adult. You put on MTV and you don’t know who anyone is, it literally all sounds the same and it’s nothing like what you have on your ipod. At this point you’ve pretty much made it through your twenties, you can relax now because your thirties are boring as hell. 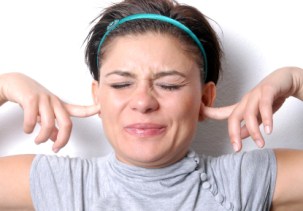 Advertisement After spending a month teaching over in Costa Rics, Lindsey was very excited to come home to …
relsurg
6

17 Reasons Rainbow Hair is All The Rage With A Listers

There was a time when brightly coloured hair was a bit of a statement of rebellion. These days …
relsurg
7