Very little is funny about people cheating in their relationships. What is interesting, however, is how many people actually think they are going to get away with it. Not only is cheating dumber than dirt, apparently so are the people who do it. Try this one. A married woman paid for a hotel room using her husband’s credit card so she and her boss could get busy after business behind closed doors. Well, their secret came out – imagine that – not long after being really, really stupid.

Her husband, who did diligence, as we all should, discovered the charge before paying the bill. After calling the hotel to investigate, he received a soft copy of the invoice with the name of his wife and boss listed right on it!

He then wasted no time sitting down at a computer and left a review of the hotel where the affair he won’t want to remember (and neither will she) went down: 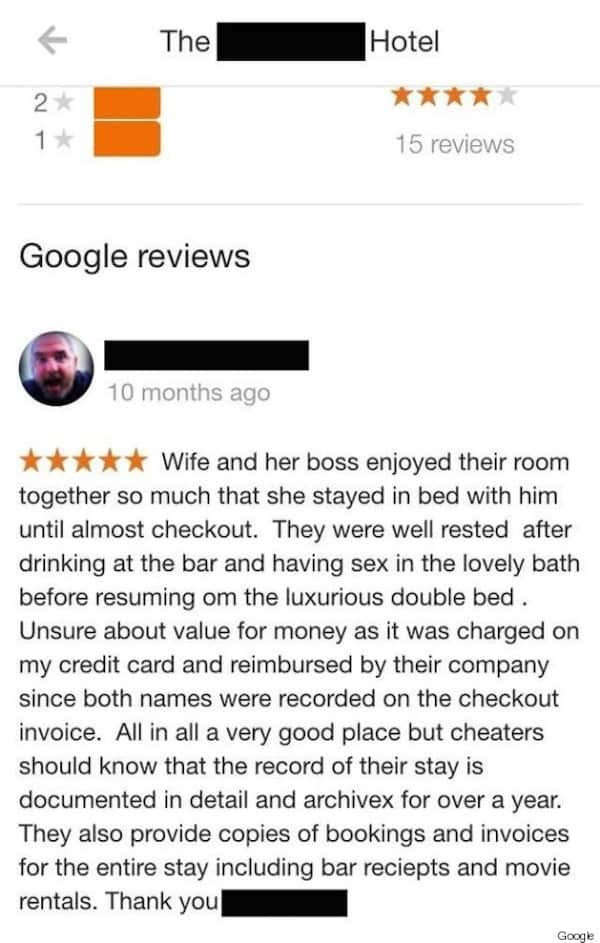