Fame can have a huge influence when it comes to making a difference in the world. This is certainly the case for Angelina Jolie-Pitt, who uses her fame to her full advantage.

She spoke of violence and human rights violations that have affected women and girls on a global level. She addressed both African Union chairwoman Nkosazana Dlamini-Zuma and the British foreign minister William Hague, along with other delegates in Johannesburg, South Africa.

“There is a global epidemic of violence against women — both within conflict zones and within societies at peace — and it is still treated as a lesser crime and lower priority,” Jolie Pitt said.

“Women and girls are bearing the brunt of extremists that revel in treating them barbarically,” she added. “This is inextricably linked to our overall failure to prevent and end conflicts worldwide, which is causing human suffering on an unprecedented level.”

The actress is a Special Envoy of the UN High Commissioner for Refugees; clearly she is very passionate and dedicated to making a difference. She proves this while closing her speech with ideas for a solution.

“We need policies for long-term security that are designed by women, focused on women, executed by women,” she stated, “Not at the expense of men, or instead of men, but alongside and with men.” 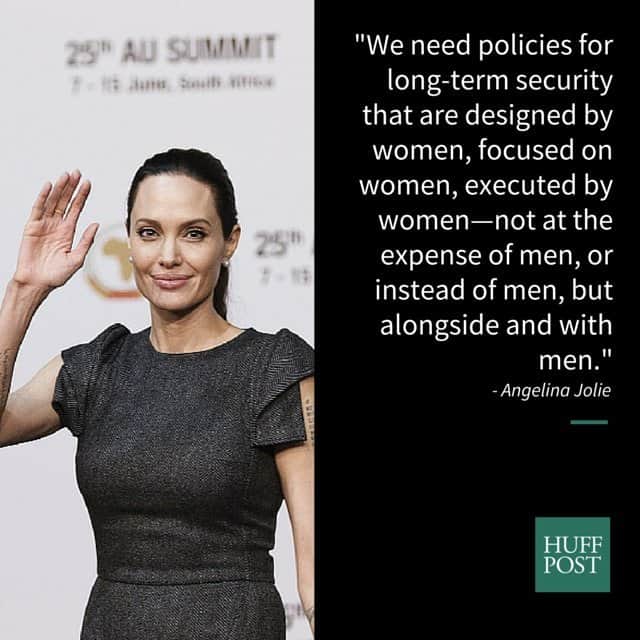 She pressed the importance that men have in making this happen. “There is no greater pillar of stability than a strong, free and educated woman,” she said. “And there is no more inspiring role model than a man who respects and cherishes women and champions their leadership.”