Be Beautiful not ‘Hot’!

Far too often it seems girls are trying to conform to an illusion that they mistakenly believe will bring them long term happiness, fulfillment and even love. I say an illusion because actually, what they are trying to conform to is not real. It is a fantasy conjured up by guys, who actually deep down don’t even subscribe to the illusion themselves, of what makes the perfect girl.

The main components being hotness/sexiness/cuteness…….basically any adjective centered on appearance – except perhaps being beautiful.

But what is it that really defines beauty? What sets a girl with true beauty apart from being simply hot, pretty or sexy? 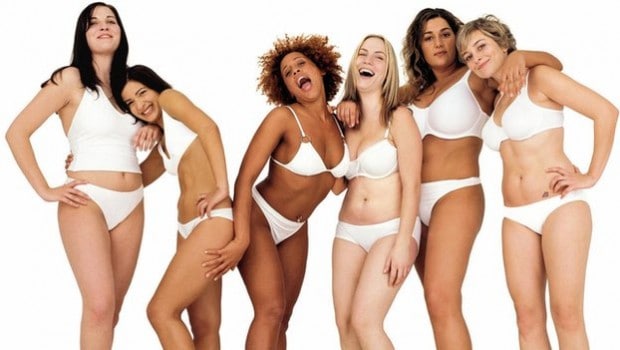 Being beautiful is, rightly or wrongly, what all girls aspire to be but unfortunately thanks to today’s world of cover girls, magazine makeovers and shallow guys looking for ‘sex on a stick’ (and a fake tanned/fake boobed one at that!) they can so often get lost on the road to true beauty and find themselves on an endless treadmill of dieting, cosmetic treatments and fashion fixes all in the futile pursuit of achieving what they mistakenly believe to be others definition of beautiful.

What we must realize is that beauty is about so much more than looks. It’s an innate quality that a girl possesses and it becomes apparent in the way she thinks and behaves, as opposed to just how she ‘looks’. It’s in her soul and inherent in her being.

The word beautiful elevates its beholder above any of those more frivolous adjectives that are so often used by guys to describe a good looking girl. Guys can have a tendency to see girls as pieces of meat or challenges to be conquered, instead of appreciating us for who we are.

What we all need to understand is that being ‘hot’ is often just a temporary thing – who can really be hot first thing in the morning with mascara remains smudged around their sleep filled eyes?

Us girls have so much more to offer than just the way we look. Rather than being conventional and ‘hot’, conforming to a guys’ idea of what is sexy, we must showcase our unique and individual beauty. Being hot is a façade. Being beautiful is more than skin deep.

Qualities that separate a truly beautiful girl from a ‘bit of hot totty!’

A girl who radiates a genuine enthusiasm and excitement for life. A girl who exudes a real zest for living and embraces the things she holds dear. This ‘jour de vie’ is contagious and will rub off on those around her.  Guys will see beyond her looks and still see that she is beautiful because passion is such a beautiful quality.

She is Herself and No one Else

A beautiful girl does not rely on props and products to disguise her real face. If she feels like it she will apply make up, and there is nothing wrong with that, but she will be no means live under its cover. She is not afraid to show the world the natural beauty she has been born with and takes a ‘if you don’t like it you can lump it’ attitude.

She Exudes a Quiet Confidence

A true beauty doesn’t feel the need to bask in the limelight or to fight for peoples attention. By adopting a more unassuming outlook she actually attracts more attention than those who scrabble and fight to be centre stage. She has a natural light all of her own that welcomes in, rather than pushes away, those around her.

She Has a Brain

And is not afraid to use it! – A beautiful girl knows that to rely on a pretty face is futile in the long term. She has a brain and wants to use it. She can captivate your attention with her words. Her smartness supersedes her sexiness and yet by doing so makes her even more sexy!

She is independent and she is confident. She is not afraid to go it alone and take her own path. These traits are very appealing to others, especially guys who are awed by the strength and security such a girl exudes. Ultimately a beautiful girl knows and understands that at the end of the day, she herself is enough.

She Can Keep a Secret

As well as being able to keep a secret, a truly beautiful girl will keep her private life private. She won’t assume that everyone is waiting on tenterhooks to hear all about her and her comings and goings. She can come across as a girl of mystery and as a result becomes increasingly intriguing the more you get to know her.

There is nothing less attractive than a self-absorbed, selfish person who is only concerned with themselves. A genuine beautiful girl will care about the things and people around them and won’t be afraid to show it. She is about genuine compassion – not about playing games.

She has an Inner Depth

She radiates something special from within that draws people in and makes them want to be near her. You might not be able to put your finger on what it is that makes her so special but you know it’s there.

So stop worrying about the superficial things and remember your true beauty comes from inside. You are unique and that needs to be celebrated.

Relationship Netiquitte! – Our guide to the do’s and don’ts of dating with Facebook