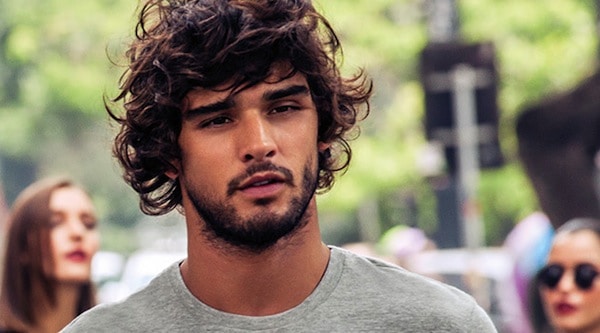 Who doesn’t love an accent? Any accent pretty much sends me in a daydream of walking down the isle. There is something about an accent that makes me instantly like a man, whether he’s a 5, an 8 or a 10. The thought of being affectionately spoken to in another language just sends me over the edge. I can’t think about it. If I do I might sell everything I own and move to France. Or Australia.

Anyway, according to research, the accent isn’t all that seems to make people who speak more than one language so special. Research indicated that people who are bilingual have trained their brains to have stronger muscles. This makes them smarter, more creative and more in tune with their feelings and emotions.

Here are some facts that show how speaking another language is like brain body-building.

People who speak more than one language have faster and stronger brains.

The New York Times reports on multiple studies performed on all ages that find speaking in more than one language really strengthens the brain.

A  study published by the National Academy of Sciences researched cognitive gains in 7-month-old infants introduced to more than one language from birth, compared to children being raised in a mono- language home.

The researchers used audio in order to train the infants to anticipate changes in visuals taking place in front of them.

Infants were given an audio cue before seeing a visually stimulating award, in this case, a puppet popping up on one side of their screen.

They repeated this action so the babies would anticipate the reward after hearing the audio cues.

To test how well the babies anticipated their “reward,” the researchers displayed the puppet on the opposite side of the screen after the audio was played.

Researchers found that the infants who were exposed to more than one language from birth more quickly adapted to the switched screens.

Another study, led by neuropsychologists at the University of California, was conducted on 44 elderly bilingual people. It suggested that using more than one language slowed the onset of many illnesses, like Alzheimer’s and dementia.

NPR even reports that dementia patients who are bilingual experience onset on average four-and-a-half years later in life.

It seems that learning to speak in another language really is like training any other muscle. The more you use it, the easier it becomes and the stronger it grows.

Psychology Today reports people who are bilingual can fluidly respond to challenging tasks and come up with more creative problem-solving techniques than those who only use one language.

The researchers note that bilinguals are more proficient in the formations of things like syntax, figurative language and metaphors, which allow their brains to think more creatively and respond to obstacles in more innovative ways.

Medical Daily reports on a study that observed 120 9-year-old students to see if being bilingual had an effect in creative thinking and problem-solving.

Dr. Fraser Lauchlan, the lead author of the study, said in a press release,

Our study has found that it can have demonstrable benefits, not only in language but in arithmetic, problem solving and enabling children to think creatively. We also assessed the children’s vocabulary, not so much for their knowledge of words as their understanding of them. Again, there was a marked difference in the level of detail and richness in description from the bilingual pupils.

By learning multiple languages from an early age, children are more equipped to understand various ideas and concepts rather than a single, streamlined thought process.

So, it really does make the brain more creative. As if it gives you the opportunity to tap into the places of your brain that would otherwise be unused. Now that I think about it, I think speaking more than one language opens up the opportunity to understand more than just our own culture, which gives us other ideas and ways to express ourselves.

Speaking more than one language helps you understand the human heart.

Not only does learning another language have effects on the brain, but on the soul too. It may connect us to other parts of the world and people we may not have understood before, but it can also help us connect with ourselves.

Susan Ervin-Tripp, from the University of California Psychology department, has been studying the effects of learning multiple languages on the human experience for years.

She compiled her research in a paper titled Emotion in Bilingualism, where she writes,

When we are in situations demanding a change in language, we may have a strong sense of a shift in values and feelings. Some bilinguals even report they have two personalities.

It seems that people who are bilingual are sensing new emotional perspectives when reporting multiple personalities.

With that said, Aloha, Bonjour and Adios!

Advertisement We all know how challenging relationships can be, even at the best of times. But what of …
relsurg
8