After being born with a facial birth mark, Amy Elsegood, from Ripon, North Yorkshire, UK used to wear very thick makeup every day to cover it up from the prying eyes of the public. According to The Daily Mail, one day Amy decided enough was enough and took a photo of herself with no make up on her face. She was very surprised with the level of support she received from friends and well wishers. She was quoted as saying – ‘But then one day I just thought, “you were born like this, there is no reason to be ashamed,” so I posted a no make-up selfie.

‘No-one could say anything negative that I haven’t heard before.

‘The reaction on Facebook was amazing, I had over 600 likes with people all over the world messaging me, it was surreal.’ 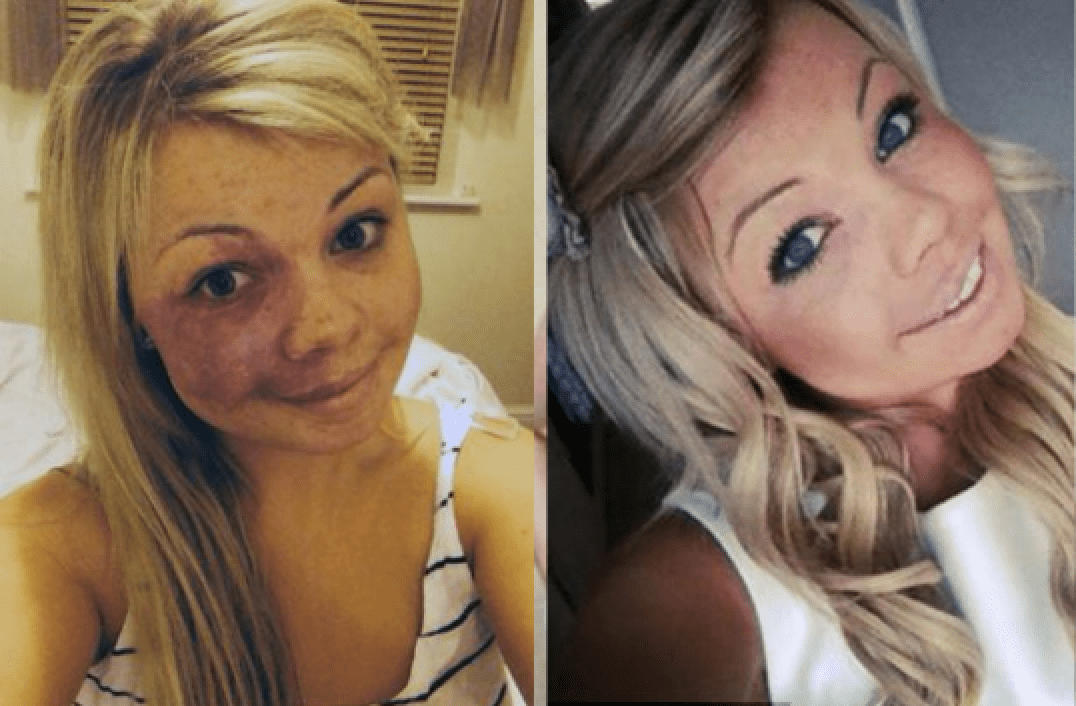 Amy had been undergoing laser treatment all the way through till the age of 10 years old but hated every minute of it so no longer bothers. She said: ‘Laser treatment tends to work best when you’re young, making it less effective as I got older, but I know that without it that my birthmark would be a lot redder than it is now. 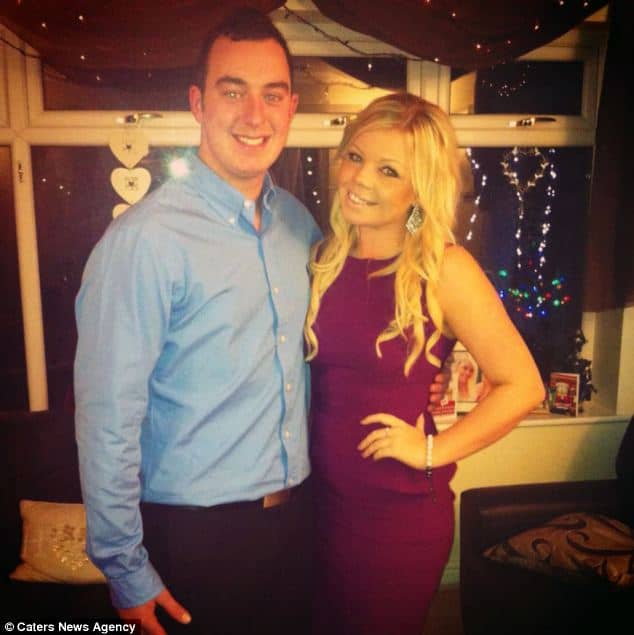 Amy had a tough time with her birth mark when she was younger. She said – ‘Other kids would point at me, call me ‘blob face’ and say that I was ugly.

‘I even had one woman come up to me on holiday to say that I would’ve been pretty if it wasn’t for my birthmark.’


Amy was always worried she would not be able to meet a boyfriend who would still like her when he saw her birth mark. She then met a guy called Josh when she was 16 years old. The first time she met him she wore her cover up and he did not see the mark on her face. After a while though she did take off her make up and tell him this is the real her. He simply looked at her and said it made no difference to him. They are still together to this day.

She said: ‘It wasn’t until the cancer research no make-up selfie came about that I really accepted who I was.

‘My birthmark doesn’t need to define me and no-one should be ashamed to show who they really are.

‘Since posting my selfie online I have gained so much confidence, it’s been great helping others who are in a similar position too.

‘I’ve learnt that there are much worse things to have in life and I’ve accepted me for me.’

10 ways to tackle loneliness in lockdown

He Found This Letter With “Read Me” Written on The Cover on an Airport Chair. Inside Was a Precious Gift

Advertisement When this Reddit user set out on his journey via San Fransisco International Airport that day, finding a …
relsurg
126