Having a big brother is awesome. They offer so much to a sister’s life and have a substantial role in who she becomes.

Dad’s are awesome. They love us no matter what and are always looking out for us. I mean jeez, they have their own holiday for crying out loud, so they must be pretty great. 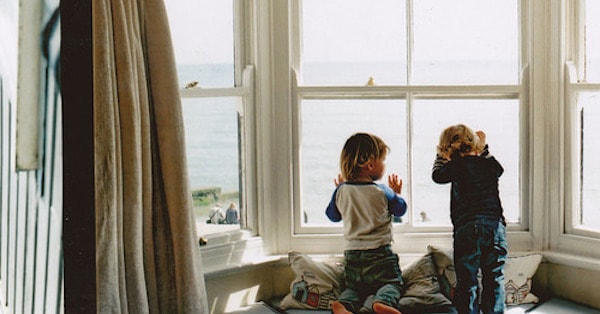 But what about the little brother? The one you never quite took seriously, who always seemed so much younger to ever really fit in? Often times, the youngest get overlooked by the other siblings because they are so much smaller and just don’t quite “get it” yet. But somewhere along the way he became the most important man in your life.

1. He knows when someone’s not good for you.

Instead of wanting to pummel a guy to pieces for breaking up with you, he offers you perspective and insight on what the relationship looked like from the outside. He can be honest about the moron you were dating while still respecting your feelings. Once you get over said moron, you will realize he was actually right and will hopefully take his advice the next time around.

2. He loves you even though he knows your flaws better than anyone.

Your parents and even your older brother don’t always get to see you at your worst because, let’s face it, you don’t want to let them down. Your little brother gets to see you do the things you would never do in front of them, but he still loves you at the end of the day. He knows what you are, good and bad, and chooses to still love you unconditionally.

3. He will always avenge you no matter what.

This is almost always true for the older brother, but the little brother has always wanted to defend you too. It doesn’t matter if your other brother beat up that guy who made nasty remarks about you, your little brother is going to beat him up too. This really works out in your benefit because those who have hurt you will always get what they’ve got coming to them, sometimes they get double the dosage.

4. He talks you up to your parents.

He knows that you are the one who will drive him everywhere, give him advice about those embarrassing subjects too awkward to take up with your parents and let him crash at your place when he’s epically hungover. For this reason, he will always try to get you out of hot water when he can and takes every chance given at making you look good.

5. You have your own language.

It’s a sibling thing. You know each other so well that one look can tell you exactly what he’s thinking. This works out well when you need to come up with an alibi explaining why the two of you weren’t in your rooms last night.

6. He knows how to make you laugh.

And what’s even better is he doesn’t even have to try! You guys grew up watching the same shows and sharing the same jokes, so he just gets your sense of humor. Plus, you never have to worry about being judged when it comes to what you think is funny, because chances are, he thinks it is too.

He might make fun of you for your epic screw-ups, but he won’t ever tell anyone about them. Your secrets are going to stay secrets as far as he’s concerned.

8. He listens to your advice.

Well, most of the time anyway. He values your opinion and comes to you when he needs help with school, girls, peer pressure, and life advice. He looks up to you and respects your experience in areas he’s not yet been through.

9. You can always pick up where you left off.

Even when you have barely seen each other all semester. Having a brother is different than having friends because you don’t have to work to keep a relationship. He is there no matter what and always will be. Plus he gets you like no one else does. You can always pick up where you left off, no matter how much time has gone by.

He brags about you to all of his friends and tells everyone he can about how cool his sister is. Unlike everyone else who is proud of you, he is in awe of you and looks up to you. You can always count on him for an ego boost.

Of course, he will give you an ego boost when you need it, but he also will remind you of extremely embarrassing moments you had as a child when your ego gets too big. He keeps you in perfect balance when it comes to your confidence level. And don’t pretend you don’t do the same to him.

Whether it’s picking you up from a party that’s 45 minutes from his house or going to every store in town to buy your favorite soup when you’re sick, he will do it for you. He might not be happy about it, but he can always be counted on.

Take a moment to tell your little brother thank you, and that you haven’t overlooked all he’s done for you. It’s time little brother’s get the acknowledgments they deserve.