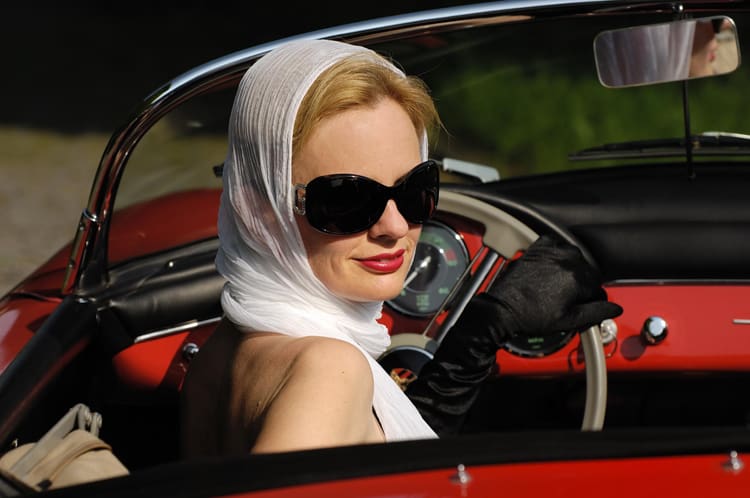 Well know girls who always seem to have a boyfriend. If she doesn’t have one, she’s already working on her next catch. Here are 20 reasons why these seemingly perpetual single women make the best girlfriends:

#1 They tend to not be needy – They don’t “need” constant attention. They want your attention when it matters, when they are able to focus on you rather than just talk haphazardly.

#2 Small talk bores them – They tend to be annoyed by brainless chatter – this includes lame texts. They like becoming more familiar with who you really are and what makes you tick. That’s what excites them; they go deep.

#3 They are independent – They grocery shop by themselves – and have been doing so for years. Your company is appreciated, but it’s also nice to go it alone sometimes. It’s also nice when our partners get the job done alone at times too without having to make like it’s a favor.

#4 They want you to spend time with others – They have friends, family members, mentors and events to attend; they expect you to do the same. They are well aware that they should enhance your life rather than become it.

#5 They want you to socialize without them too – They trust you. You wanna see females while they are not in the room too? Good stuff. Enjoy their company as you would any other person. They hope their company is as good as the wine they are sipping on girls’ night out.

#6 They pay for things – They reach for our own wallets at registers because that’s just how they live. Don’t assume the tab always lands on you. A lady is always prepared to pay – it doesn’t mean she has to, but she is always prepared.

#7 They don’t have a long list of ex-boyfriends with which to burden you. Enough said.

#8 They are highly selective – You are part of a small group. You not only rev our engines, but you fascinate us. There is just something about you.

#9 They are selective because they can be. They know who they are. They are not insecure around other women because they don’t have time for that nonsense. You can be proud and secure that you “got her,” when others just couldn’t even turn their heads.

#10 They give you space – They know space is important and that you need to be by yourself sometimes. They know there are things you enjoy doing by yourself and they’re cool with that. The same goes for them.

#11 They don’t pry – If they notice a topic triggers something in you, they won’t play with the safety as long as you’re not showing dangerous signs of crazy inner torment. They know boundaries exist for a reason. They likely have similar sensitivities and topics they don’t care to discuss either.

#12 They respect privacy – That includes your phone, computer, etc. As long as the phone is not more important or somehow impede our relationship, they don’t concern ourselves with it. That goes for passwords on accounts too – if you are making more eye contact with your computer screen than them while on a date, a chat is probably necessary. But otherwise, do your thing.

#13 They are strong – They have been rejected, fired, had feelings hurt, been tested and lost loved ones. And all o this without the shoulder of a boyfriend to cry on.

#14 They are responsible – They had to be. No one wakes us up in the morning, and no one else pays their bills and keeps the lights on. If they sleep through their alarm, that’s on them.

#15. They support your passions – They have been on their own because they are creating lives for themselves that satisfy their ambitious appetites. They are making our own ways in this world by pursuing their passions. Naturally, they encourage the pursuit of your dreams, even if they spend more nights alone than not. Yes, they will miss you, but they love watching you create the life you dream of.

#16 They won’t try to be with you or check in with you 24/7. You do your thing and they do theirs. They look forward to the time you get to spend with each other.

#17 There are no expectations of what our relationship should be. On the one hand, they have seen some friends cycle through man after man, and then they have also seen those who found “the one.” They have seen it all and know everything happens differently for everyone.

#18 They’re adventurous – They enjoy eating out, going to concerts and having mini getaways by themselves. They’re sure to shake up the monotony of life by being willing to try new things and explore other interests with you.

#20 They never settle for anything less than the best – else, they would have settled by now. So, the only exclusive relationship they’d ever consider fostering would have to be amazing on all fronts. Otherwise, they’d get out of it and return to their happy singleness.

Doesn’t that sound like fun? Perpetually single women don’t expect their man’s worlds to revolve around them. They simply want to be a light in others’ lives because they make our eyes light up without conscious effort. Two cheers to natural chemistry and sparks that fly!