This is such a passive aggressive take down of a husband by his scorned wife.

For some, when they catch their partner, they flip out and go crazy. They scream and shout and just want to take revenge. There are then those that sit back and decide it would be more effective to take a more subtle approach. That is exactly what this woman from Texas did when she found out her husband had cheated on her. 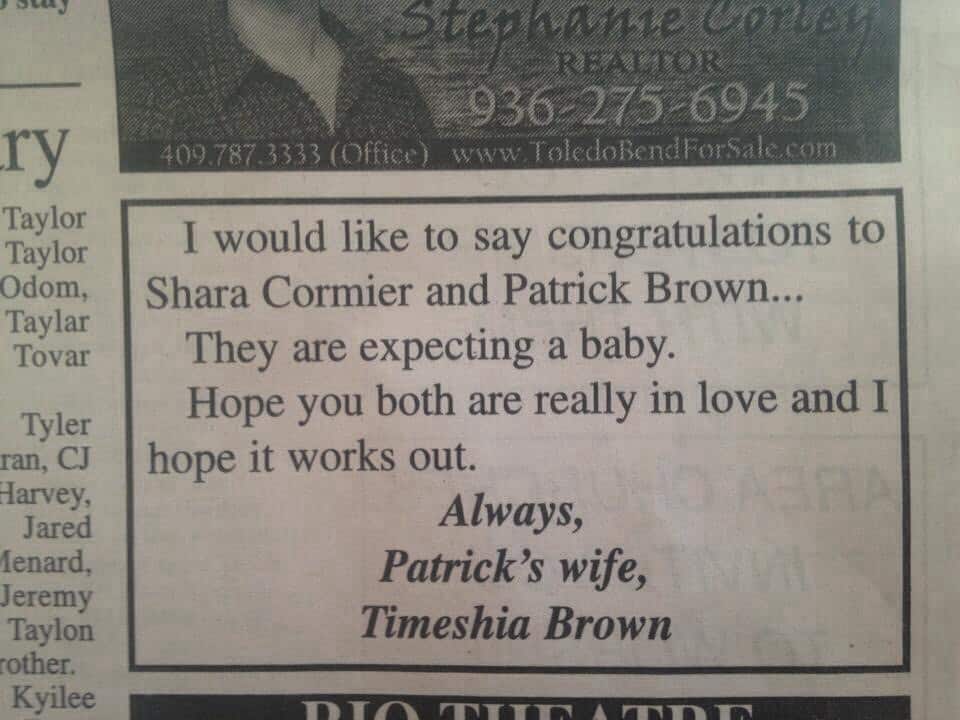 Her approach was to place this advert in the local paper signed with love.

An image of the advert was uploaded to social news sharing site Reddit by user kavien, who says the picture was being shared on Facebook.

The ad offers Patrick Brown and Shara Cormier congratulations on the news they are expecting a baby together – and it’s apparently signed by Brown’s wife Timeshia.

It reads: ‘I would like to say congratulations to Shara Cormier and Patrick Brown. They are expecting a baby. Hope you both are really in love and I hope it works out. Always, Patrick’s wife, Timeshia Brown.’

Lesson – Never cheat on a woman!

Did you ever pick up your lunch box without having closed it properly, accidentally letting it’s entire contents …
relsurg
0