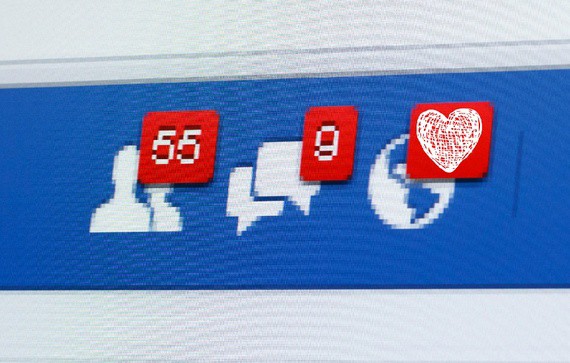 Okay, so maybe you don’t want to know the nickname that girl from your high school has given her new paramour, just like you don’t particularly want to know the color of the daisies he bought her last week, or what they ate on their anniversary date, or the fact that he is, hands down, the best boyfriend ever. Surely, there are other, more valuable things that could be taking up the space in your brain currently occupied by the knowledge that she’s the luckiest girl in the world.

But chances are you know these things anyway, because Facebook knows them, too.

As it turns out, Facebook knows a lot of things about its users’ romantic lives. It knows when they’re falling in love, and it knows when they’re falling out of love. But what it sees in between may have a lot to do with the self-esteem of the individuals doing the falling: New research from Albright College found that people whose confidence is more closely tied to the strength of their romantic relationship—or those with higher levels of relationship-contingent self-esteem, in psych-speak—are more likely to use the social networking site to broadcast their happiness.

Researchers surveyed a small group of volunteers in relationships ranging from one month to 30 years in duration about their satisfaction and relationship-related Facebook habits, including how often they posted couple photos and how much they interacted with their partners’ pages. Separately, they used a self-reporting personality test to assess participants’ personalities based on five traits: extraversion, neuroticism, openness, agreeableness, and conscientiousness, comprising what’s known to psychologists as the “Big Five.”

Logically, it makes sense that relationship-contingent self-esteem, or RCSE, which has previously been linked to lower overall self-esteem and higher social anxiety, could lead someone to seek validation by systematically “liking” each of their partner’s status updates or insisting on making things Facebook official: “There is positive correlation between your self-esteem being contingent on relationships and it being contingent on other things external to you (e.g., others’ approval),” lead study author Gwendolyn Seidman told me in an email. “Those high in RCSE feel the need to show others, their partners and perhaps themselves that their relationship is ‘OK,’ and thus, they are OK.”

Introverts were also more likely than extroverts to use Facebook both to show off their relationships and to keep tabs on their partners’ activity, even though past research has shown that extroverts tend to be more active on Facebook and to have larger online networks (and, therefore, a greater potential reach for that latest kissing shot).

One possible reason for this discrepancy, Seidman said, could be that extroverts simply share more personal details offline, an option that comes less easily to their shyer peers: “Introverted individuals [can] feel more comfortable expressing hidden aspects of the self-online,” she wrote, “so maybe they would be more comfortable expressing affection online or using [Facebook] as a way to seek out information about their partner by monitoring their activity.”

Notably, although Seidman’s previous research found that individuals who overdo it with personal information on Facebook just want to belong; the same pattern didn’t apply to couples in this newest study. Relationship-contingent self-esteem didn’t necessarily mean the relationship itself was lacking; in fact, the same people who posted couple-y items more frequently also tended to be more satisfied with their partners than those who did not.

“I think a lot of people think, ‘Oh, it’s all phony,” Seidman said. “I think they’d be surprised to hear that it is associated with being genuinely happy in their relationships.”

In other words—to the sure disappointment of many a cynic—when it comes to romance, the over-sharers may not be trying to compensate for anything. The luckiest girl in the world and the best boyfriend ever may just be posting their romantic bliss all over the place because they really, truly are that happy.

Guilty Dog Tries to Apologise to Baby With Hilarious Results

As we all know dogs have great personalities. They always want to be the centre of attention and …
relsurg
6