When I think back to the first boy I ever loved, I remember the passion, the recklessness and the in vincibility we both thought we had.

I remember the impulse and spur of the moment memories we created when our emotions were the only driving force in our decision-making. 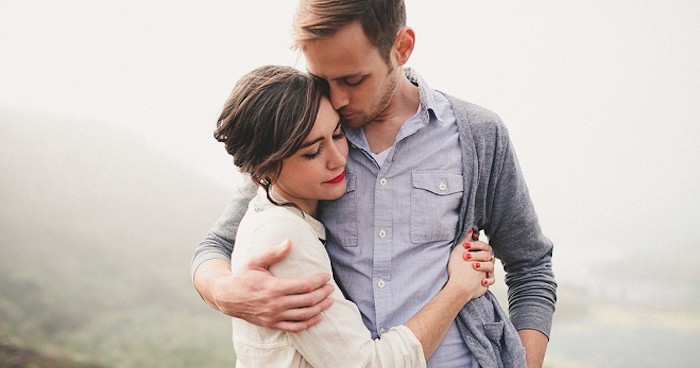 Those things- impulse, recklessness and the false belief that we were invincible- they were all reasons we would have never lasted.

There’s something about loving another person for the first time that can send you into a sort of daze, where reality seems better than you ever imagined it could be, and then all at once, it’s your worst nightmare. But there is a reason for this.

When you’re young, you haven’t experienced the world for what it really is, and those first loves are often times the first step into becoming an adult. You learn to realize that in love, there is so much more than just emotion needed between two partners. You need maturity, compassion, trust and commitment.

When you experience young love for the first time, you run off of pure emotions, not believing that your relationship could go up in flames, because you love the other person too much to ever let that happen. But then it goes up in flames anyway. This is where you learn to grow into the kind of partner that will stand tall in a lasting relationship. All of those heartbreaks are incredible lessons that will help you find the relationship you want and learn how to be the kind of person a healthy relationship needs.

You wanted quantity, but now you need quality.

You might want a handful of partners instead of just one before you decide to settle down. You want to play the field and see how many hotties you can take home, waiting for the right one to fall in your lap and send you down the isle. Lust is such a powerful thing, and in many cases can be mistaken for something else. It’s thrilling and passionate and you may think that is what will make a relationship last. But it won’t.

You will learn that what makes a man does not lie in numbers, but instead, the depths of his kindness and the devotion to what he does. A number is nothing to be proud of, it’s the size of his heart and the dedication to his morals that will last when the looks begin to fade.

You wanted unpredictability, but now you need stability.

There is something about unpredictability that causes an adrenaline rush. Uncertainty can cause your heart to race and keep you on your toes, not knowing what to expect. It’s an exciting adventure to be with someone unpredictable.

But then there is something about growing older when adventure becomes something entirely different. It becomes sharing the most vulnerable parts of yourself with someone else or falling in love all over again when you have endured a tough season in your relationship. Adventure lies in the partner you can trust to love you no matter what path you walk down, no matter how hard it may be. They will be the ones who are brave enough to endure anything with you, without the thought of giving up, even when it would benefit them.

You wanted superficiality, but now you need profundity.

Superficiality has a way of masking life’s truest problems. It gives us a free pass that says “deal with this later”. The thing about superficiality though is that none of it is real, not even the good. When times get tough you will need the hand of someone who loves you unconditionally to help you through. Not someone who will tell you to “deal with it later”. The real love lies in facing life’s battles together, not running from them.

You wanted escape, but now you need comfort.

Remember the friends you partied with that would offer you a beer when you were down? Remember the nights you would go out binge drinking when you were upset with the world? As if drowning yourself in alcohol and blocking out the sound of reality with techno music would give you an escape from your problems. Drunkenness and ignorance don’t give you an escape from problems, they just create more.

The best way to face adversity is with a partner who loves you and lets you open up without the fear of what they might see. Someone who will believe in your strength and will help you believe in it too. It’s better to have people who will love you through anything you are facing than to have people who will thrust a drink in your hand because they don’t want to hear about your problems.

I had to learn all of these things, and at the time I could not understand why my feelings were not enough to keep the person I thought I needed in my life. Now I understand why I needed to learn these things, and feel blessed to have found someone else who learned the importance of these qualities too. I could have never been the partner I am today without being the person I was then.