The guy in the photos you are about to see is Val Gruener, and yes that is a lioness cuddling him. The animal is called Sirga and as a cub, Val and his friend Mikkel Legarth rescued her.

No fully grown. Sirga has developed an incredible bond with the pair who are fighting to protect the species throughout Botswana and South Africa. 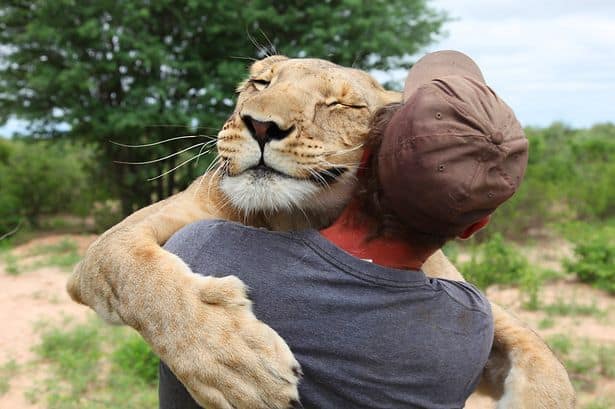 Although Botswana is 2 and a half times the size of the UK and is made up of expanses of wilderness, increased levels of farming are putting the species at risk. 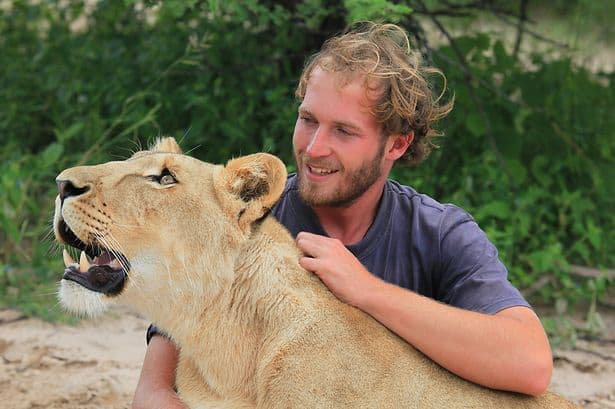 In an effort to save the lions, Val and Mikkel are moving lions to a large protected area where they have enough wild prey to feed on. Since her rescue, Sirga has now developed to the stage where she can hunt down her own prey. 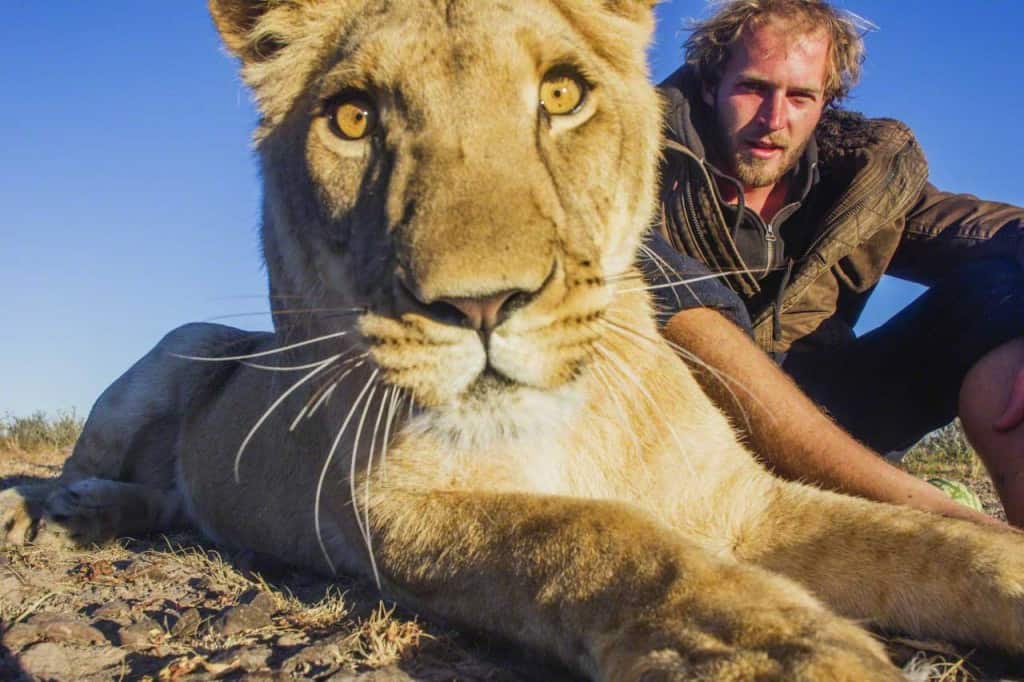 The photos in this post are the stunning work of photographer Nicolai Frederik Bonnin Rossen. He said: ‘A pride had three cubs and two were killed before Sirga was abandoned without food. It happened on our land and we could not standby and watch her die. 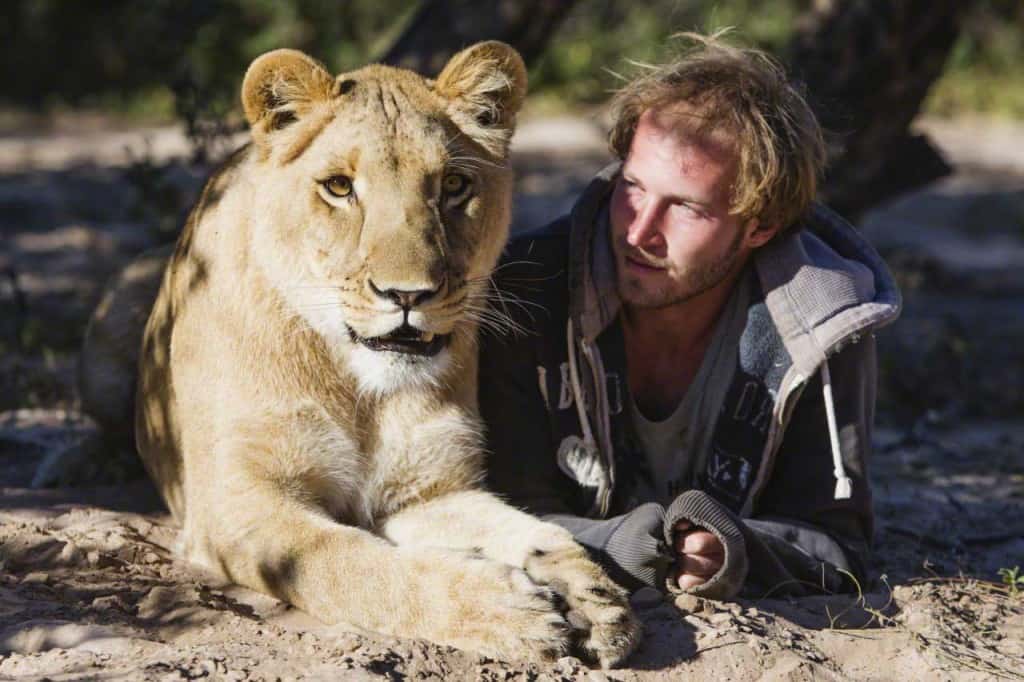 The project to save the lions is known as The Modisa Wildlife Project. It aims to reomove lions from areas where they face certain death after coming into conflict with farmers.

Mr Mikkel Legarth says: ‘If you release wild lions somewhere else, they will come straight back to where they were before because there is food there.’ 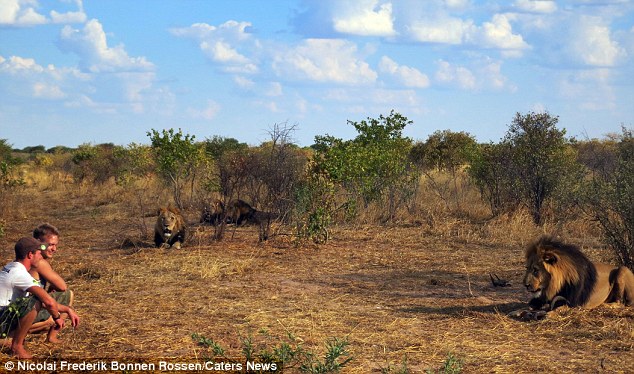 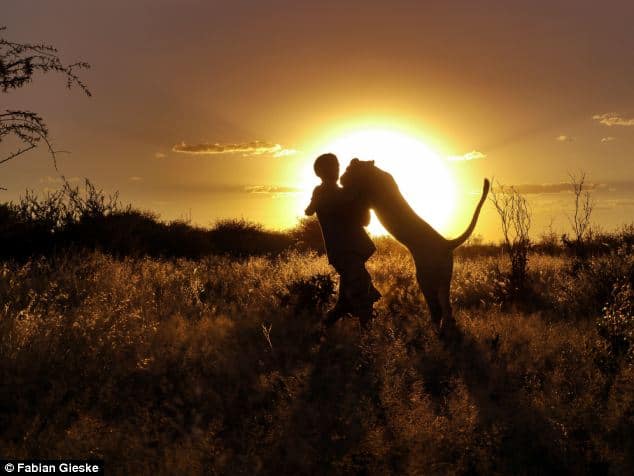 ‘And if you just dump a pride of lions in the middle of a new territory they will disturb the prides that are already there.

‘In Botswana all lions are protected by the government – like swans being the property of the Crown in the UK. This also makes moving them a problem. What we have now are 10,000-hectare plots with 10 to 15 lions in fenced enclosure, they are wild lions but we do have to feed them.

‘The first time you walk up to a lion all your body is telling you this is not something you should be doing.’

Mr Legarth added: ‘We are located on Willie De Graaff’s 10,000-hectare farm with lions, wild dogs and leopards that has been saved from certain death. We are now looking for sponsors that can support us with a long-term solution for those animals.’

Definitive Proof We All NEED a Baby Duck

The most popular pets are dogs, cats and goldfish. But that really does make us wonder what the …
relsurg
3

These Amazing Animals Go To Work Just Like You!

Sometimes going into work can really suck even if you really like your job. The next time that …
Melissa
6