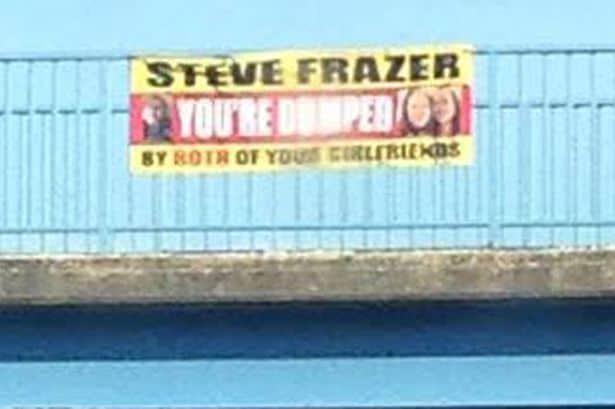 For people living in the UK driving down the M1 highway this morning, they couldn’t help but notice this huge yellow and red banner handing over the road.

The poster read: “Steve Frazer you’re dumped by both your girlfriends,” and was seen by thousands of people commuting into Newcastle and Gateshead this morning. 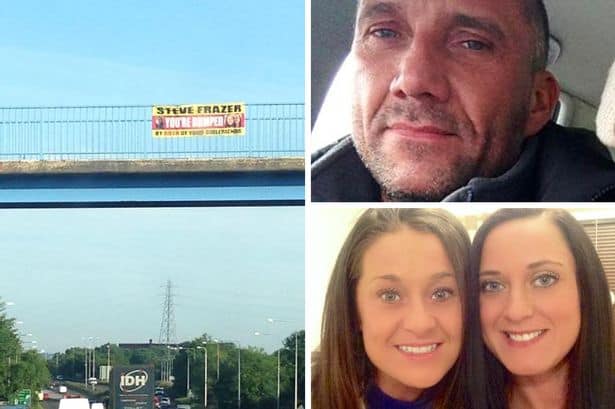 The banner was apparently created by 2 women who had been dating the same guy without each others knowledge. They had found out about his cheating ways and got together to plan the banner.

Both women bear a pretty striking resemblance to each other with similar features and long dark hair. 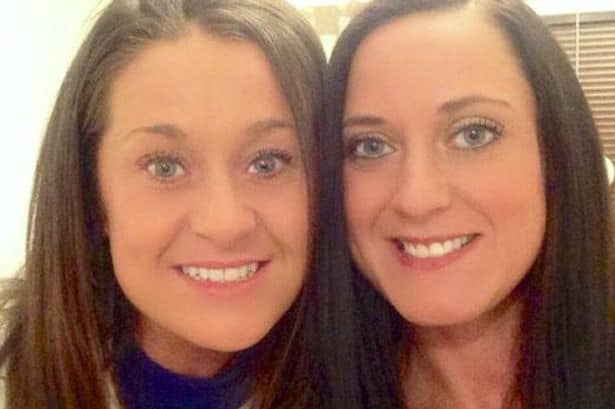 Yet another example of a cheating scum bag getting exactly what’s coming to him.