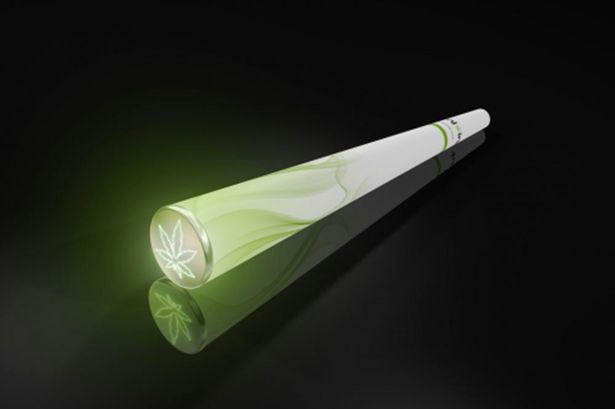 You will probably already have heard of E Cigarettes or Vaping as it is now commonly known. Now a company in the Netherlands has developed the first e spliff, soon to be rolled out across Europe.

Users of the new product will be abel to fill the stick with their own cannabis liquid or dry herbs.

The product has been developed by E-Njoint BV, who already sells a range of e cigarettes across Europe. They contain no tobacco or nicotine and are 100 percent legal.

The company is even in talks with companies representing the medical industry to see if the product could be used in that sector.

E-Njoint CEO Menno Contant said: “Holland is well known in the world for its tolerant and liberal attitude toward soft drugs and the introduction of this new product clearly makes a statement.

“As long as you don’t bother or disturb other people and stay within the legal boundaries, all is well.”

It is thought that in the UK alone there are now 2.1million people using e cigarette devices.

10 Incredible Facts About Your Favourite Celeb That You Never Knew

If you are anything like the rest of the 20-30 year old’s using Facebook, you will keep on …
relsurg
0

These Stray Puppies In China Will Make You Want To Cry

Advertisement These little guys live in Jiulongjiang Forest Park, in Rucheng County. It gets so cold there in the …
relsurg
0