Women everywhere are deciding to give the razors a break and embrace their natural hair growth. Underarms, in particular, are getting their own moment. 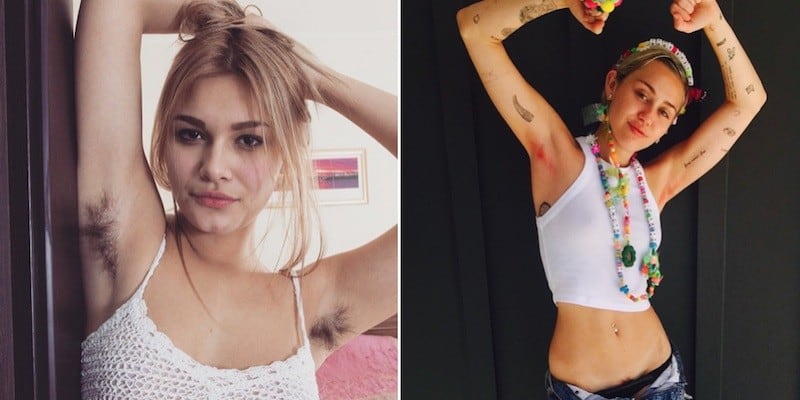 It is true that for the last few years many women have lived in the “Kardashian era” boasting hair extensions, fake lashed and major contouring. Today, however, feminists band together to embrace a more bohemian lifestyle which includes minimal to no makeup, minimal hairstyling and underarm hair like never before.

You don’t have to be a feminist, however, to join the movement. Maybe you want to do something crazy and dye your underarm hair pink, or maybe you’re just tired of shaving.

Mental Floss states that bare underarms coincided with the en vogue sleeveless dress during 1915. Before then, along with many other parts of the female body, underarms were never seen by the public.

Since, it seems society has kept the same idea.

In 1999, Julia Roberts sent fans into an uproar over her armpit hair during the premiere of “Notting Hill.” Critics bombarded Roberts with cruel comments regarding her lack self-maintenance and were quick to make a spectacle out of her. It was clear that society did not approve of anything but bare underarms.

Women are flaunting their “lack of self-maintenance”

Shailene Woodly admits to sunbathing and washing her hair just once a month.