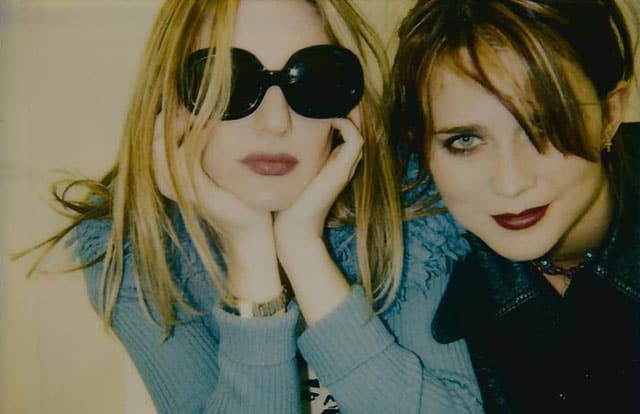 It seems the good girls are as rare these days as a Big Foot or Unicorn sighting. Our world has been turned upside-down. Sex pretty much has no value. People think “love” and “intimacy” are interchangeable with “sex.” A lot of folks are deceived into thinking that “what everyone else is doing” will provide fulfillment – and so values are quickly compromised. What was cherished at one point is quickly handed over for a quick thrill.

The momentum of the “You Only Live Once” generation, sexing, I mean seizing the moment makes one pause and consider what will happen to our kids. Fun is awesome, don’t get me wrong, but certain activities with longer-term consequences impact generations to come. The impact of fatherlessness – which results in an identity crisis – is already easily observable nowadays. How can this possibly get worse?

The roles of men and women in society have certainly changed – some for the better, others no so much. Some men are happier now that some women try to have sex like a man – lots of partners and no looking back. Trouble is, this is all an exterior. Ever talk to a woman who has had an abortion? Very few will ever discuss it openly as there is this lingering feeling of shame and remorse that they carry for many years and sometimes for the rest of their lives. This is another sad example of what’s socially encouraged and “acceptable” having long-term affects that leave folks feeling tormented.

So all seems well while people are single – people sleeping around left and right. But when the alarm bells go off and people decide that it’s time to “settle down,” it seems like folks review their sexual histories with a bit of remorse over their long lists. Each side seems to want to find someone who will commit to them and always choose them – over and over for the rest of their lives. And they suddenly expect that years of a YOLO lifestyle are just going to cease because there was a really cool ceremony followed by a rockin’ party where folks said “I do”? This is an unrealistic expectation to say the least.

When it comes that time, it seems bothersome that the one you want to marry was just as “bad” as you were. As a man, it seems like a double-standard. I had a great time and I’m now looking for one who kept herself. I feel like a hypocrite. Where are all of the good girls? I can think of 3 or 4 that I ruined off the top of my head. It doesn’t seem right, but I don’t want to spend the rest of my life with someone who’s been around so much. As a woman, I don’t want to be with someone who has been used to being with so many for short periods of time that they cannot transition to a long-term, lifetime monogamous relationship.

Sure, I know that we men are to blame for this – we cast our eyes and attention on those who are giving out. We have pressured countless women into having sex sooner than they wanted to or even broke up or steered clear if we knew we weren’t going to get any. We have advertised by our own actions that getting sex without effort is exactly what we want – what we need – and what we rightfully deserve. And especially after a hard day at work. But from a woman’s perspective, they see this and think this is what they want and so it messes with their view on things.

And so what has happened? Younger and younger, kids are taking wearing scantily-clad clothing and removing what was barely covering their bodies to begin with at earlier and earlier ages. Both men and women – while still boys and girls – are giving themselves away without even knowing the value of what they can never get back. Men have chosen to not value women who are not attractive – this sends a message loud and clear to the ladies. And the ladies don’t set boundaries as they slowly lose their value for themselves too. And so there is this vicious cycle.

I know we all love stars like Miley Cyrus – and she is a great example. Young stars, folks on stage start out well. They become role models for young minds – and then, at some point, there is a crossing over to “that side” where they are just like everyone else. It might seem like the grass is greener, but really, one can never go back.

The truth is that we are often treated with the same respect with which we treat ourselves. If we lack it, we won’t get it. And sex is a great example. If a woman respects herself, she does not allow herself to even be physically in a location where something like that would be allowed to happen. She restricts her alone time with a man. And men do the same – they never try to get a woman alone, but ensure that he is always treating the woman he wants to pursue with the same respect he hopes his future son-in-law would with his own daughter.

The positive thing here is that, in this hour, we can plainly see the ramifications of recent generations’ decisions and the new trends that have emerged. We are not in a position where we will be surprised at behaviors in 20 years. We can clearly see it now – and choose to do something about it.

I will say that, as a man, I am deciding to take a stand. My past is not that great but I am not a product of my history. I am in a deep and loving relationship with a wonderful woman. Together, we decided to “save it all” for our hopefully marriage soon. In fact, we didn’t even want to open the door at all to what we know our past tendencies are. Our first kiss will be on our wedding day. We are so compatible in so many ways and are choosing to do what I wish I would have done many years before – that is, build foundations that will last for life. It starts with one person – men and women alike – at a time.

Are good girls on the verge of extinction? Yep.

In the end, men will always want to settle down with a good girl. But, with so few of them left as a result of the aftermath of our current culture and choices, good luck finding one. And if a woman has saved herself, does she really want someone who has been around so much? Probably not.

It turned out that when my own “alarm bell” went off and I decided I needed to find someone to commit to, I wanted someone who was concerned about her own intellect and ability to have a meaningful conversation. It also turned out she wants the same from me.

Unicorns and Sasquatches are rare finds – but if you stumble upon one, do everything you can to hold on to her. The otherwise “chases” are fleeting – and will lose their luster sooner rather than later.