I think at some point everyone wishes for a kind of love they see in the movies. 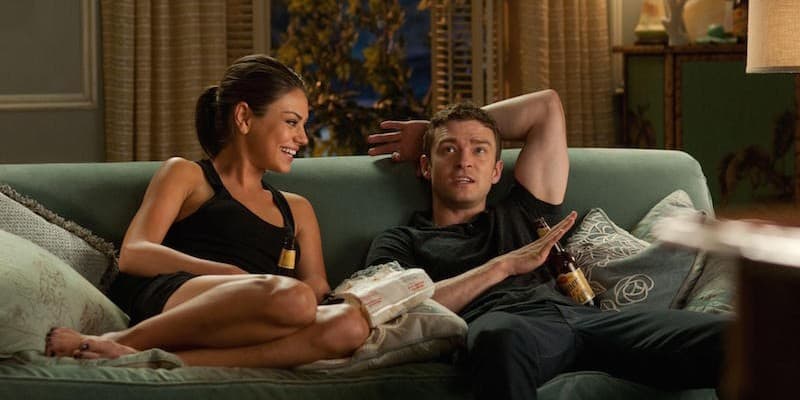 They want the all-consuming love that sends sparks down our spines and our bodies short for breath. They want the love that would make them fight harder than they ever have. They want someone who can make them forget everything that haunts them, a person who brings light to the dark places in their life.

We see these types of loves all the time on the big screen. We wonder if it really exists and why we haven’t found the next Ryan Gosling to grab us in a rain storm and kiss us like time is standing still. Where is the next Adam Kutcher to follow us around with flowers and cute date night ideas?

Passionate love does exist, and I truly believe love has the power to help heal all kinds of wounds. Good people are out there and there are plenty of ways to have an incredible relationship, but it won’t happen like it does in the movies. Hollywood makes it seem so simple and fast, but it isn’t. Love is complicated and can be messy. It can take time. Love is much different in reality than it is in movies.

This is not as easy as it looks on the big screen, and it doesn’t happen as fast either. The sad reality of it is this: appearance is a main factor in getting dates online.

Apps like Tinder and Grindr are a playing field for creepers. Many times people will request nudie pictures or phone sex, which ruins the reputation of online dating.

Love at first sight is a lie.

“Shakespeare in Love” and “Moulin Rouge”

But lust at first sight is pretty common. Our bodies can definitely react to someone we find attractive pretty quickly. But you can’t love someone you don’t know. You have to really know someone before you can fall in love with them, but it doesn’t take much to be in lust.

“Friends with Benefits” and “No Strings Attached”

This is a fast way to hurt someone. First of all, it’s horrible to use another human being to get ahead. Secondly, relationships are built on trust and if you are throwing that out the window right off the bat then you really aren’t setting yourself up for a healthy relationship.

Usually, if someone comes off as obnoxious and rude, you probably don’t want to see them again. Sure, I understand that everyone has bad days and sometimes people catch us at our worst. But there is still a level of decency and respect that needs to be given. Otherwise, I doubt you will get a second date.

“Notting Hill” and “Before Sunrise”

I’m sorry, but the chances of brushing fingers when reaching for your coffee at the bar is not likely. Even less likely is the chance that you would hit it off with that person, given that it’s not an old woman or a creepy man.

Reconnecting with someone from the past is a crapshoot.

Past lovers are part of your past for a reason. People really don’t tend to change much, and that’s why reconnecting with someone from your past is a bad idea. The only thing you are likely to get out of doing this is the assurance that you were right to end things the first time.

“The Wedding Planner” and “Maid in Manhattan”

Lying about who you are is never a good idea. I don’t know why Hollywood has the audacity to pretend that lying about your life will ultimately benefit you in the end. If someone lied to me about their identity, then admitted it, I would probably think they were a serial killer and call the cops. This is just creepy.

“The Proposal,” “Hitch” and “While You Were Sleeping”

Lying automatically deems you untrustworthy. Lying is one of the slipperiest slopes you can go down. If you show someone right off the bat that you are untrustworthy, chances are they won’t want to trust you with their heart.

We don’t always notice the amazing person in front of us.

“Clueless,” “Jerry Maguire” and “Four Weddings and a Funeral”

We always tend to overlook the nice people in the background. Why is that? Maybe we need the jerks to get some life perspective or learn what we want in a realtionship..I don’t really know. All I know is if you are one of these nice people hanging out in the background, speak up! Speak up or risk getting overlooked.