Cheating is the worst thing you could do to someone’s heart. 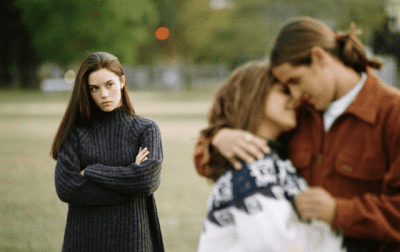 Commitment is a promise, and it’s not supposed to be taken lightly. Being cheated on makes you feel like you aren’t valued, you aren’t respected and you don’t matter enough to be taken seriously. It’s a horrible pain to go through, but the sooner you find out the better. In many cases, people don’t know the red flags of a cheater and can’t tell when to dig deeper. I want to address this issue with seven ways that will help warn you that your partner is being unfaithful.

Please keep in mind that these are just red flags. Not everyone who does one of these things is necessarily cheating. These are warning signs that something is wrong, but this list is not a promise that you are being cheated on. I have found that these seven actions just happen to be part of what a cheater is doing while cheating.

One: They are eager to fight.

Most of the time when people are doing something wrong they are much more defensive. They become more protective because they are afraid of getting caught, so they deflect by starting drama and picking a fight. Obviously, some people just like to argue so keep that in mind. If your partner is suddenly starting fights left and right, you might want to see what’s really going on.

Two: They hide their phone.

Okay, this is like the MOST obvious one. If someone is texting your partner, that shouldn’t be then they are going to try to hide their phone. It’s pretty straightforward. Not that you should start going through their phone, but if they suddenly keep it out of sight and don’t want you to see their screen… I mean it’s probably because they are talking to someone they shouldn’t be.

Three: They won’t look you in the eye.

The minute someone has done something they are ashamed of, they can’t look you in the eye. It makes them feel guilty and ashamed of their actions. It takes a very good liar to look someone in the eye and manipulate the truth. Most people aren’t that good.

People do this when they don’t feel at peace. They retreat into themselves and have a hard time being normal because they are embarrassed by what they have done. Usually, it starts slowly. Your conversations get shorter, you notice more silence between you and eventually it just becomes awkward. That’s because emotions are changing, but not in a good way. They can’t come to terms with what they have done, but they don’t have the heart to get it off their chest, so they bury it within.

Five: They become “too nice”

Six: You catch them in lies.

Another EXTREMELY obvious sign. There is no reason someone should be lying about where they are and who they are with, except perhaps during Christmas, birthdays and in the case of a marriage proposal. It’s even worse when they are lying so much they can’t keep up with what they have told you. The beauty in lying is that the more lies you tell, the harder it is to keep them straight. Lying is a huge red flag. It screams untrustworthy.