As you will see explained in the video, Woody was left to fend for himself after his owner died and the family sold the home. Woody was found living under a shed near the house by neighbours. They brought him food and drink but he was in a really bad way. 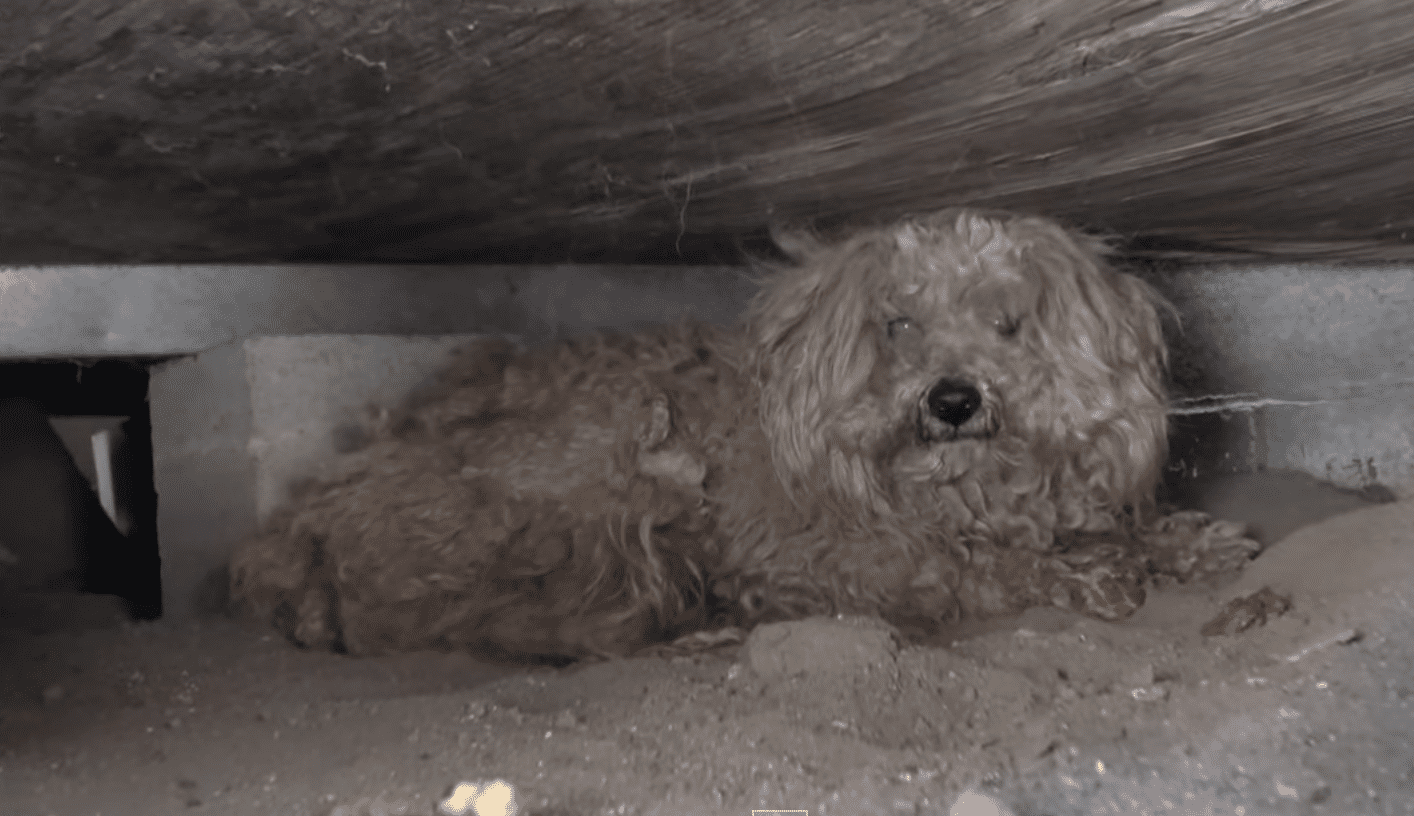 Woody lived under the shed for a year

Thankfully Woody was eventually discovered by Hope for Paws animal rescue team. They used a hook and a lead to carefully coax Woody from under the shed. 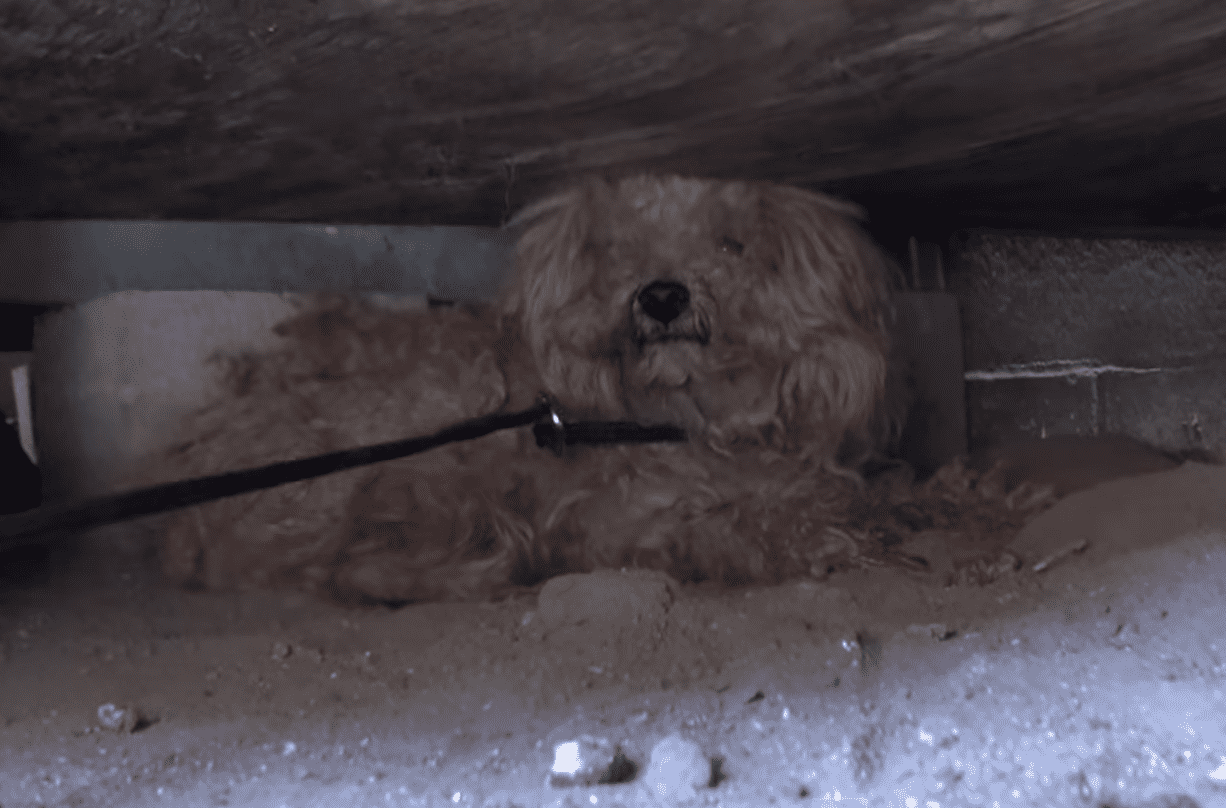 They eventually managed to coax Woody out from under the shed

Woody was then taken back to Staff member Lisa Chiarelli’s home where he was cleaned up and all his ragged fur shaved off. 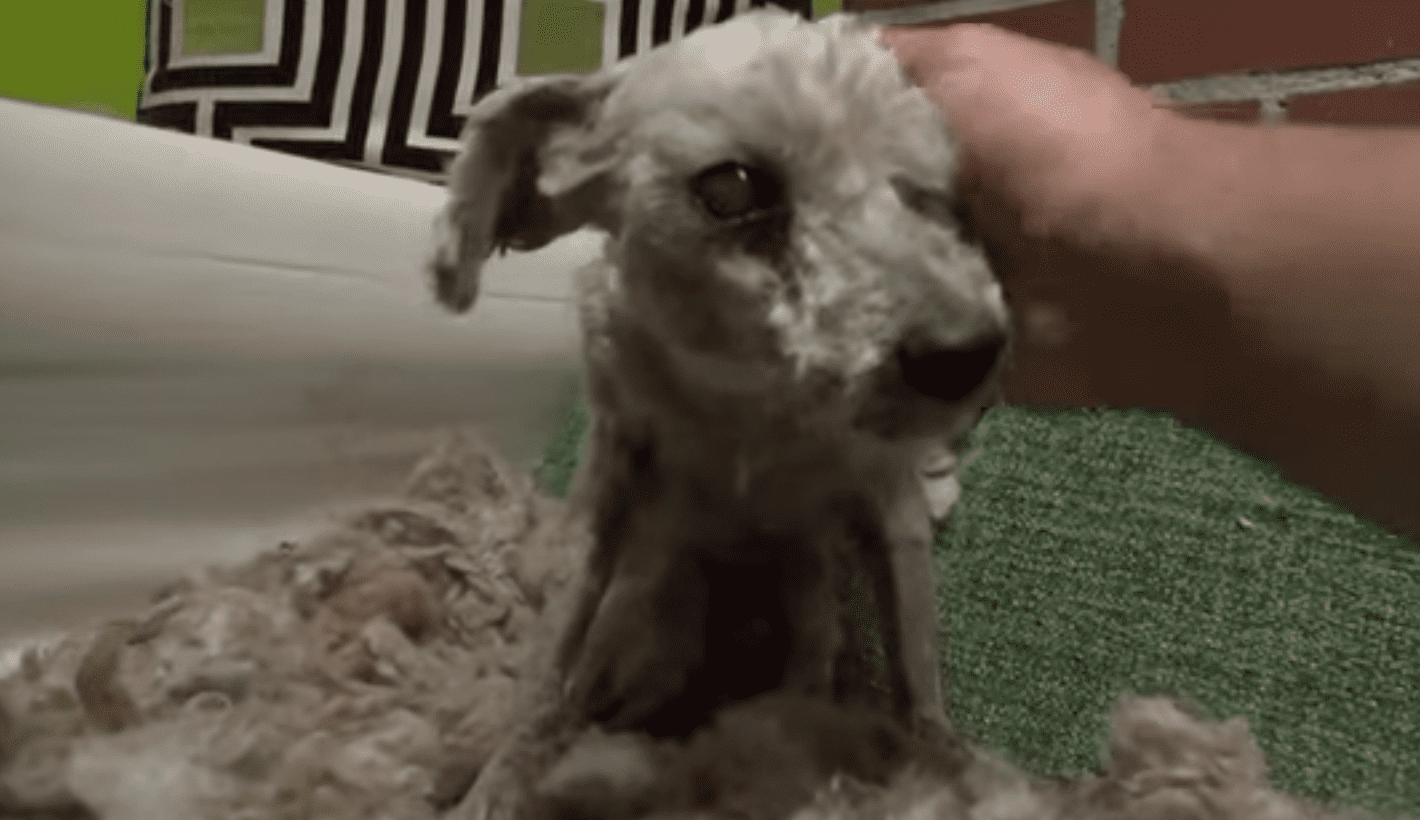 After a shower and a shave, Woody started to feel a little better

Lisa volunteered to foster Woody but he is still looking for a forever home so after watching the video, please go ahead and SHARE this post.